The Pillars of a Life 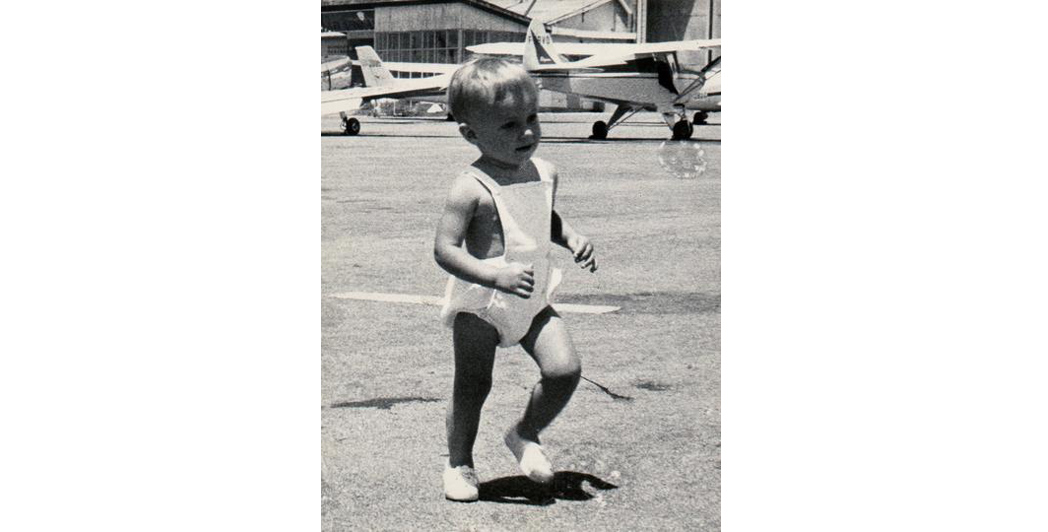 A message from André, Odile, Sophie Gayot and Alexandre Meiers to all men and women of good will.

The following speech was delivered on October 1, 2016 at St. Sebastian Church in Los Angeles at the memorial service for Alain Gayot — beloved son, brother, uncle and co-founder of GAYOT.com.

As the last beams of the warm sun of the Austral summer caressed the green rice fields and the reddish summits of the remote island of Madagascar in the far south of the Indian Ocean, a sturdy, beautiful baby was born. On this September 7 of 1963, our joy was intense, as was that of the Malagasy people among which we lived and worked.

So they threw a colorful and merry party. A Jesuit priest christened the infant, the Malagasy welcomed with enthusiasm the arrival of Alain into the world, sang their traditional melodies, prepared their festive dish, the Romazava, and Syrians roasted a lamb on a skewer in the garden. That was the entrance of Alain into a life under the auspices of the fraternity of men and women stemming from different horizons united by the miracle of a new life. On this pillar of fraternity and peace Alain made his debut in life.

As he grew up, he did not need lessons, as it was enough for him to simply see these positive images and words and the sweet sound of peace.

See this joyous two-year-old boy running among small airplanes trying to jump with his daddy who was completing his pilot’s license in an old Royal Air Force training plane to facilitate trips in what was a roadless country then. He had no fear of the roaring engines or of the propellers whipping the air. Rather he was bewildered by the marvel of these machines ascending into the sky. The seeds of curiosity and ingenuity were planted in his young mind. This thirst to discover and to understand erected the second pillar that shored up his life.

Look at the picture below that was shot in the middle of the Sahara desert — an encounter of the third kind when cell phones and GPS had yet to be invented. After a ride of many hours in what we thought was the emptiness of the desert where we had not seen or heard the slightest sign or trace of life, we stopped to rest and once again check our compass. Nature was still, the air immobile, the silence absolute. Suddenly, a small Tuareg boy hurdled down a dune and smiled at us. We did not speak Tamasheq, but we understood that he just wanted to see human beings and through them scan an invisible other horizon. He did not ask anything. We shared water with him, and he vanished into what looked to our occidental eyes like nowhere. We were deeply troubled by this mysterious encounter with this Petit Prince of the Sands and fell into a deep reflection. It helped to build the third pillar in the construction of Alain’s life: the pillar of dignity and of our duty to act against the poverty and unjust conditions experienced by so much of humanity.

The fourth pillar of Alain’s life was America. His love for it at first sight was fortified by encountering men like Jack Ellena, a former football champion in the hall of fame and magnificent educator, and Bud Knapp, the creator of Bon Appétit and Architectural Digest. They paved his way into his American life, helping him to complement his academic formation in computer science and procuring him his first job. He felt at ease in a country structured with the ideas of Benjamin Franklin, Thomas Jefferson, John Adams, and Thomas Paine, companions of our Voltaire, Rousseau, Montesquieu and all the others of the century of light.

I will never forget this Sunday in a small village on the banks of the Niger River with a protestant German priest, Etienne Wolfgang, working with me on an educational program, and a Swiss Catholic priest, Pierre, who was living in this Djerma village. All the villagers, mostly Animist or Muslim, improvised an informal ceremony — the Djermas struck their drums and sang to celebrate nature and life. Frére Pierre, who spoke Djerma, said a few sentences about spirituality and explained what we were doing. There was a soft murmur of adherence. Singing resumed. I then felt the puff of God on our heads, the God for all the men and women of good will.

Today, mourning Alain who we love, we are all just the same human beings, whatever our language, religion or race. We all come from the mystery and march toward the unknown. Seated one next to another, we find some comfort in the community of our sorrow and thoughts. We find that this death is cruel and unjust and wonder if anything can be done against such an unacceptable adversity.

We should not forget to be grateful to the scientists who fight against it, tearing away piecemeal the darkness, and thank the doctors and the nurses who devote a difficult life to fight the horrible diseases. In particular, we want to thank the medical teams of Saint John’s Hospital for their total engagement and devotion.

But what is left to us simple mortals? What can we do? How can we fight? What is in our range other than wrath and despair? Let me respond with this allegory:

When the forest was on fire, all of the animals fled but a hummingbird. The elephant asked him: “What are you doing? You are crazy!”

The hummingbird replied, “I came back from the river with water in my throat and spit it on the flames.”

One drop of water from one miniscule hummingbird will not change much of the world, but what if we are millions, billions of hummingbirds ready to pour the blessed water of justice to extinguish the fire of evil on earth, we might succeed in freeing the road to a real human life for the have-nots and the disadvantaged, share with them what was given effortlessly to us by the luck of our birth, and maybe also make a step in the direction of peace.

On a beautiful naïve painting representing happy farmers at work in a generous nature, I read this promise: “Justice and peace shall kiss kindness and truth.”

These are words Alain liked to hear and wanted to become a reality. Look at this picture Alain shows us the way to the light of justice.

If this is also your destination, please engage in that path and with all of us men and women of good will who want a better world for each one when we are just passing through it and make the promise come true.

(The Old Testament reading “Book of Wisdom” 3:1-6 & 9 was read by Harriet Callier and the Prayer for the Dead from the Kaddish by Daniel Ruben, both close lifetime friends of Alain.)

Categorized: About Us André Gayot