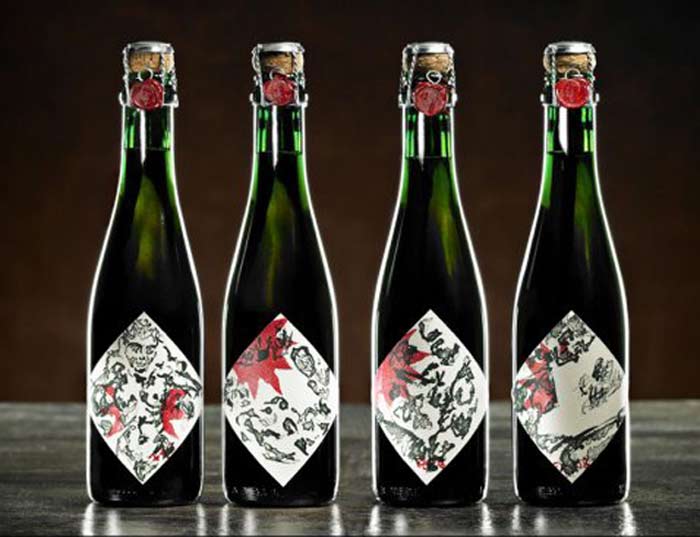 With reports of billionaires shelling out thousands of dollars for vintage wine, it’s hardly surprising that a bottle of beer costing $400 is on the market. Jacobsen Vintage No. 1, a limited edition brew developed by Danish brewing giant Carlsberg, has earned the distinction of being one of the world’s most expensive beer.

All 600 of the green 375 ml bottles come with one of four lithographs created by Danish artist Frans Kannik. Each of the hand-etched images depicts fables of Sif, the wife of Thor, and a symbol of strength commonly used by J.C. Jacobsen himself, the company’s founder. The beer notwithstanding, each bottle is worth nearly a hundred dollars.

The exclusive, chestnut-brown colored brew was aged in new Swedish and French oak barrels in J.C. Jacobsen’s circa-1847 cellars over the course of six months. The concoction, with 21-proof alcohol, displays flavors of prunes, caramel, vanilla and oak, and pairs well with cheeses and desserts.

If the price was not exclusive enough, the beer will not be exported outside of Denmark. Even there, the brew is hard to find; it is sold mainly in three upscale restaurants in Copenhagen, including the world-renowned Noma.