By admin
[youtube id=”vxNSqUGs0FM”] by Sophie Gayot The anniversary of the storming of the Bastille fortress-prison which led to “La Révolution Française” on July 14, 1789 has become the French National Day. This year in Los Angeles, the French people also celebrated the inscription in November 2010 of “The Gastronomic Meal of the French” on UNESCO’s Representative List of the Intangible Cultural Heritage of Humanity. With Consul General David Martinon, I invited local French and French-trained chefs to display their cuisine at a special Bastille Day event in Santa Monica. The crowd was able to enjoy dishes from: – Frédéric Castan, Motif of St. Regis Monarch Beach, who prepared a perfect boeuf bourguignon – Josiah Citrin, Mélisse in Santa Monica, rillettes de canard – Alain Giraud, Maison Giraud in Pacific Palisades, goat cheese mousse with pesto and toasted hazelnuts and assorted cookies – Akira Rose, Maison Akira in Pasadena, cauliflower mousse with bay shrimp and tomato vinaigrette; duck pâté maison with green peppercorn and raisin; roasted marinated bell pepper oni crispy toast, and house smoked salmon with caper on mini crispy toast – Olivier Rousselle, On Sunset at Luxe Sunset Boulevard Hotel, pains bagnat and gazpacho. Laurent Caraco of AAA Food Source and Ariane Daguin from D’Artagnan presented some of their charcuterie delicacies spread on baguettes from Josette LeBlond‘s Normandie Bakery. Those in the mood for shellfish got to eat oysters from Maître Écailler Christophe Happillon. As a French feast has to include cheeses, Nicole and Steve Grandjean of Nicole’s Gourmet Foods in Pasadena provided mountains of them. We finished with macarons from Claire Becker’s Les Macarons Duverger. They must have been good, as they disappeared before I had a chance to grab a single one, as did Sweet Temptations Yvan Valentin’s apricot tarts. But I knew about Michèle La Porta’s Starlette Cake (TM), the secret-recipe-cake-that-does-not-make-you-fat, so I started my evening with it. It’s easy to guess that the wines served were French. Winesellers Ltd. sent over cases of Tortoise Creek 2011 Sauvignon Blanc, a wine from the Côtes de Gascogne, and Tortoise Creek 2011 Pinot Noir from the Pays d’Oc. And I couldn’t resist bringing my saber to open a Besserat de Bellefon Brut NV bottle of Champagne to start the evening. The strict definition of “The Gastronomic Meal of the French” is commencing with “an apéritif (drinks before the meal) and ending with liqueurs, containing in between at least four successive courses, namely a starter, fish and/or meat with vegetables, cheese and dessert.” Jacques Cardin Cognac, distributed by Sidney Frank Importing, was the final French touch. I also need to thank the students from The International Culinary School of The Art Institute of California – Los Angeles who gave their time to help their peers. Santa Monica Mayor Richard Bloom welcomed the crowd and even started his speech with a few words in French. And no French revolution could have struck again as Lee Baca, Sheriff of the County of Los Angeles, graced us with his presence. I couldn’t agree more with one criterion retained by UNESCO, that “The gastronomic meal of the French plays an active social role within its community and is transmitted from generation to generation as part of its identity.” You can click on each photo to enlarge. 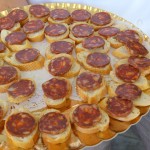 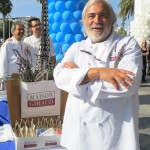 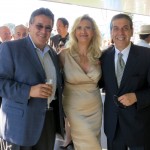 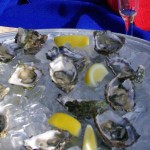 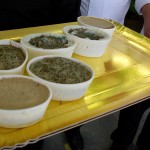 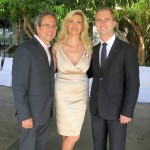 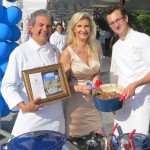 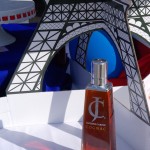 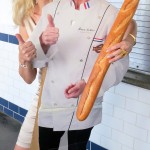 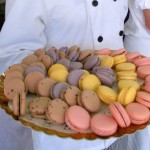 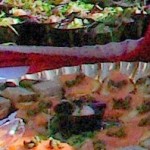 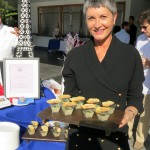 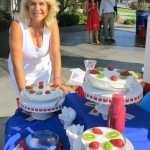 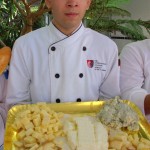 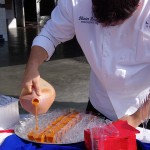 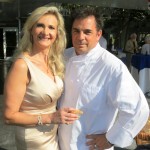 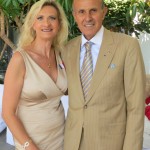 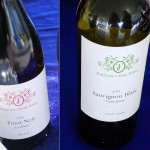 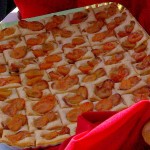 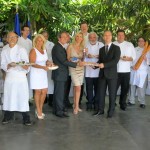 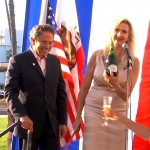