The winners of the 2010 Almost Famous Chef Competition

After four hours of tasting yesterday for The Mystery Basket, two hours today for The Signature Dish, and one hour of voting and deliberation, the results are in for the 2010 S.Pellegrino® Almost Famous Chef® Competition.

Many of S.Pellegrino’s representatives, including President & CEO Stefano Agostini, made the trip to Napa Valley for the finals, not only to congratulate the winners but also to see how to extend to competition worldwide.

This year, five prizes were awarded to four winners as determined by the judges and the public:

Luis Young, of Johnson & Wales University in Miami, received a prize of $10,000 and a career opportunity in a high rated restaurant.

Brian Schreiber, of Kendall College in Chicago, went home with a $3,000 check.

Luis Young, of Johnson & Wales University in Miami, won his second prize of the competition and an additional $3,000.

Peter Clark of New England Culinary Institute, of Montpelier, Vermont, was chosen to win the $3,000 prize by the guests who attended The Signature Dish Competition tasting.

For the first time, online viewers where able to follow the contest via live streaming hosted by chef Fabio Viviani of Firenze Osteria. They chose Johnathan Lynch, of the Nicholls State University, Chef John Folse Culinary Institute in New Orleans. Lynch received $ 3,000 and everyone who voted was entered to win a trip for two to the 2011 competition.

Congratulations to all of these young chefs, and also to their fellow contestants who made the finals after the regional selections! 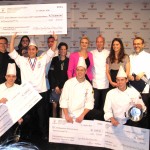 The winners of the 2010 Almost Famous Chef Competition 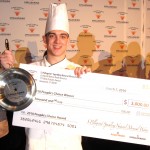 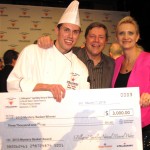 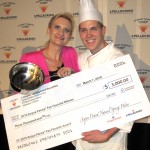 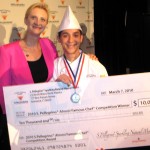 The worldwide team of S.Pellegrino around Stefano Agostini 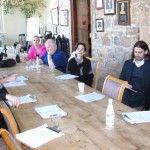 The judges in deliberation