by Sophie Gayot Last Saturday was the third time I attended Vintage Hollywood’s Annual Wine & Food Tasting Event. It’s always a special night, in that the fundraiser is held on the grounds of a Los Angeles mansion. As the two hundred guests were arriving at the sold-out evening, the sun was setting through the branches of gorgeous trees, adding elegance to the ambience at the Westside LA location. I was excited by the diversity of the tasting bites and wines offered by the restaurants and vintners. From the oysters of Oyster Gourmet and Blue Plate Oysterette to the caramel fleur de sel toffee of Valerie Confections via the Mediterranean sandwich of Tavern, the panini of Bar Toscana, the steak tartare of Bouchon, the foie gras chicken liver mousse of Waterloo & City (that everybody was raving about, including me), the braised pork leg from Jar, the scallops and rabbit rillettes of On Sunset, the burrata from Mozza, the grilled cheese sandwich from The Foundry on Melrose, the tuna wonton tacos of Zengo, the La Quierca proscuito from Akasha and the shrimp ceviche from La Sandia, I had quite enough for the evening (though I was able to sneak into my stomach a banana foster from Florentino Ice Cream). Apologies to Whist restaurant at the Viceroy and Simple Things Sandwich & Pie Shop, but I simply had no more room, even for a coffee from Coffee Bean & Tea Leaf. Wine-wise, I did not want to mix it up too much, so I stayed with those poured by Malibu Family Wines. Selections from Ampelos Cellars, Arrowhead Mountain Winery, Capture, Clos Pepe Estate, David Family Wines, Forlorn Hope Wines, Hitching Post Wines, La Fenetre, Martian Family Ranch, Peters Family Winery, Terra Valentine, L’Objet Noir, L’Aventure, Terry Hoage Vineyard and Tres Sabores were available.
The Vintage Hollywood foundation was formed to raise funds to support charitable organizations, both large and small, that work to promote the health and well-being of Southern California’s diverse community. Since 2002, the Vintage Hollywood event has raised more than $1,000,000 to benefit organizations including United Friends of Children. The 10th Annual Wine & Food Tasting Event held this year benefited OPCC. Founded in 1963, it is the largest and most comprehensive provider of housing and services on the Westside of Los Angeles to low-income and homeless youth, adults and families, battered women and their children, at-risk youth, and people living with mental illness. OPCC serves more than 8,000 people annually, empowering them to rebuild their lives and become self-sufficient.
Click here to see the other GAYOT.com’s blog posts related to Vintage Hollywood.
You can click on each photo to enlarge. All photos by Sophie Gayot. 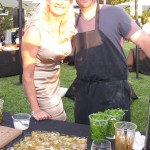 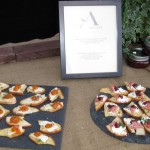 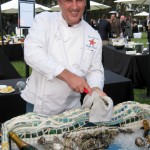 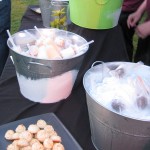 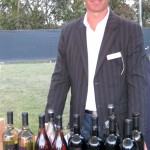 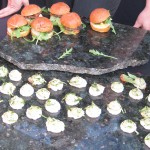 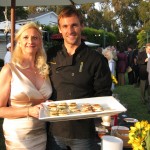 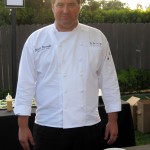 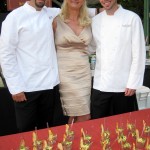 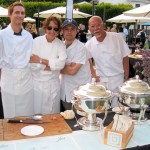 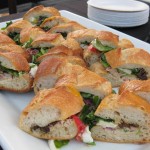 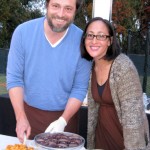 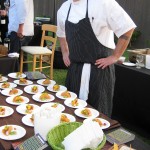