New Talent Soon in the Kitchen

Seven years ago to celebrate food, Nestlé Waters North America, under its brands S.Pellegrino and Acqua Panna, created a culinary competition in order find the best new young chef. The “Almost Famous Chef” competition was immediate a success. The seventh edition has just begun tonight in Yountville, California, and I am on the judging panel. The ten finalists, from various culinary schools from the United States and Canada, were presented to the judges by Harold Dieterle, winner of the first season of Bravo’s Top Chef and chef/owner of Perilla in New York. During the next two days, the young chefs will have to prepare different dishes to determine the winner who will be announced on Sunday. Come back tomorrow, as I will keep you posted on the progress.

JUST IN! Sunday, March 8th: Find out who are the winners.

Read all about part 1 of the competition, The Mystery Basket, that took place Saturday March 7th.
You can click on each photo to enlarge. (All photos by Sophie Gayot) 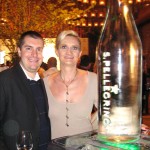 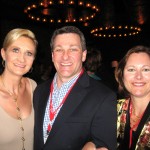 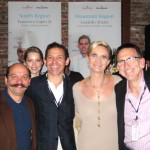 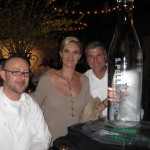