Power of Four
by Alain Gayot
The definition of a Porsche could be along the lines of: Sleek and efficient German-made two-seat sports car with a mid-or rear-positioned engine with impeccable handling.
So, why is it that when the engineers in Stuttgart move the engine to the front and add two more doors, the car flies even higher, on a business level? And, it’s an SUV to boot, which could not be furthest from the definition of what the iconic car born circa 1946 had been, and it’s been Porsche’s top seller since inception.   Purists could argue the case and add that the Cayenne is not even made in Germany. But the lesson retained from that is that the power of four is a strong business case for the German brand. After studying the concepts of 2 + 2 seating in the 911 and a four-door 928, the German manufacturer came up with the Panamera concept. Announced for production in 2005.

Well, here we are four years later and you can now buy what could become Porsche’s new business success story. To see what the fuss was really about, we headed to the quaint town of Elkhart Lake to test drive the luxury sedan on the famous Road America racetrack.

At first glance there is strong Porsche DNA oozing out of the long automobile and despite its low roof line, tall passengers in the front and rear will have no problem enjoying the sure-footed ride. Yes, there is a real trunk and you may fold the rear seat down to transform the racer into a more tame hatchback should you need to transport your newly acquired Picasso. Bose powers the audio components or you may opt for a custom Burmeister high-end surround sound system. All of this rests atop specially made Michelin Pilot Sport series tires. A base car in S trim starts at $90,000 and goes up to 1/6 of a million dollars for a fully loaded Turbo. If you don’t need 500 horsepower, you’ll do just fine in your daily life with the normally aspirated engine; although behavior was significantly enhanced as legally experienced on the sinuous track. I took a few laps with race car drivers Chip Robinson and the legendary Hurley Haywood at speeds approaching 150 mph. I was able to calm my nerves and unwind at The Osthoff Resort which houses one of our top 10 Destination Spas in the country.

To make a long story short, the car was what we expected it to be and a little more. For a more in-depth review of the car, check out our Porsche Panamera Review

During a later presentation to the media, Dr. Stephan Utsch, Project Manager, was honored to introduce the new car and showed the craftsmanship of a perfectly built and then cut-away top end model. Steve Janisse, Manager of Media Relations, explained how Porsche started with a clean sheet and assured that the car is totally fine as a daily driver.


So, if you want to be hip and arrive effectively in style, head to a Porsche showroom for a peek. And if you wondered about the name: the word Panamera is derived from a race won by Porsche, the Pan Am race AKA La Carrera Panamerica, which also gave its name to the now legendary 911 model AKA Carrera. 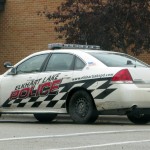 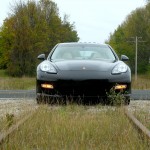 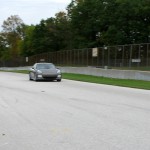 The Porsche Panamera on the Road America racetrack 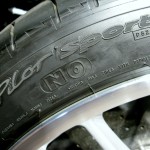 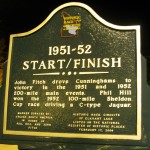 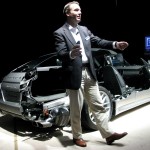 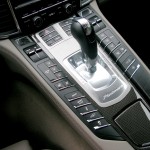 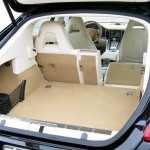 Cargo hauler of a race car 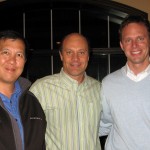 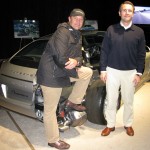 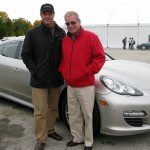 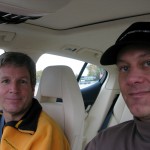 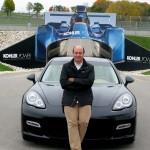 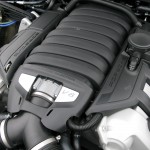