A long time ago in a place far away from the City of the Angels, I grew up collecting toy cars. Yes, I always liked cars, often taking them apart and putting them back together. (The same goes for watches but that will be for another story.) One of these cars was a model of the 1975 BMW 3.0 CSL that car enthusiast and racer Herve Poulin commissioned Alexander Calder to paint. I loved the car design by itself, loved the race car version even more, had no idea who Calder was, but I thought his finished version was rather cool. He also painted a plane for Braniff International, for those who remember the progressive airline which was the only American company to fly — albeit very briefly — the magnificent but doomed Concorde supersonic airplane.

That automobile became fast art as it competed in the famous annual endurance race: the 24 Hours of Le Mans. So when I heard that The Los Angeles County museum (which also features a Calder mobile) was exhibiting four of the Art Cars in its series for only a few days, I rushed over with my cameras and snapped a few shots. I also had a chance to ask questions of the design historian Christopher Mount and BMW’s own Shawn Ticehurst. So here I was, drooling over the graphic Frank Stella BMW 3.0 CSL, the typical Roy Lichtenstein BMW 320i, the somber Robert Rauschenberg BMW CSi [not for Crime Scene Investigation] and the fabulous and colorful as expected Andy Warhol dream car BMW M1. That last one is definitely the Ultimate Drooling Machine! So please, rush over to LACMA in the open BP courtyard and get your fill of fast art, too. Not only is it fun and informative, but the exhibit is absolutely free. 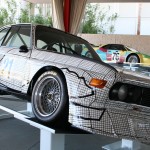 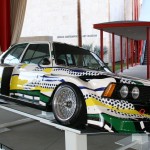 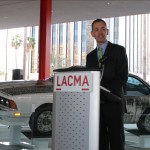 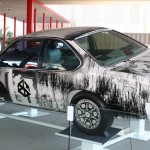 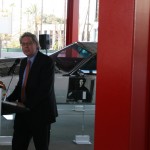 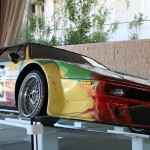 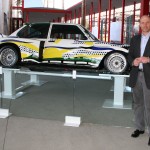