By admin
[youtube id=”eHDommF5x6E”] by Sophie Gayot   House of Rémy Martin’s Cognac Louis XIII is made of an assemblage of 1,200 eaux-de-vie of which some are more than one hundred years old. The cellar masters involved in the process have to keep consistency so your palate enjoys the same taste from one bottle to another — especially since they are selling a $2,200 Cognac. But sometimes, something does not go according to plan in the “tierçons” in which the precious liquid is aged. Twice in the past, exceptional bottles have been released as the cellar masters determined something extra-special had been created. In 2007, the limited edition Black Pearl was released, and in 2010, it was Rare Cask 43.8. This year the Rare Cask 42.6 is currently being released. Despite the fact that the price tag is a whopping $22,000 (+ tax), there is a waiting list for buyers to become the proprietor of one of the 738 numbered flasks.   Learn how such a luxurious liquid is born: watch my exclusive video interview above with Louis XIII Global Marketing Director Augustin Depardon.   For more on the House of Rémy Martin and Cognac Louis XIII history, watch my second exclusive video interview with Augustin Depardon.   You want just a pour, and not the whole bottle? There is only one place in the U.S. to experience this rare treat: Windows Lounge at the Four Seasons Hotel Los Angeles at Beverly Hills. For $1,000, a half ounce is yours!   Related links: Read a review of Cognac Louis XIII Top 10 Cognacs   You can click on each photo to enlarge. 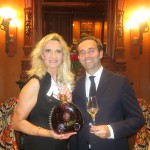 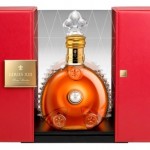 Cognac Louis XIII in its box 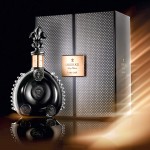