By admin
[youtube id=”Y8Hn-dx5ucc”] by Sophie Gayot Last night was the opening of the 2011 COLCOA Festival, A Week of French Film Premieres in Hollywood. Quite a few prestigious and renowned French actors and directors made the trip from France, arriving just in time for the City of Lights, City of Angels event, including writer-director Bertrand Blier. Watch my exclusive video interview with the Oscar winner (“Get Out Your Handkerchiefs”) as he talks about his career. Every year, COLCOA Director François Truffart invites an actress who represents French cinema and glamour. This year, I had the pleasure to mingle with two-time César-winning actress Nathalie Baye (“Day for Night,” “La Balance”). Baye will be presenting her latest movie, “De Vrais Mensonges” (Beautiful Lies”) this Saturday at 8:30 p.m. Then I got to speak with Philippe Le Guay, director and co-writer of “Les Femmes du 6ème Étage” (“Service Entrance”), which was shown last night. I don’t want to give anything away about the film, as there will be a screening for the public this Saturday at 3:15 p.m. that you should attend. I also was happy to speak with actor Lambert Wilson and singer Sylvie Vartan. I spent so much time talking that I missed the tastings of chefs and restaurants of the Club Culinaire of French Cuisine. So I missed the food of Church & State, French Market Café, Joe’s, K-ZO, La Cachette Bistro. Lilly’s French Café & Bar, Maison Akira, Maison Richard, Michel Cordon Bleu, Simon LA, and Sweet Temptations. Good thing I had a big lunch earlier at Go Burger! Luckily, I was able to grab a glass of Champagne Nicolas Feuillatte. For more about COLCOA 2011, go to GAYOT.com’s blog at http://www.gayot.com/tag/colcoa/ You can click on each photo to enlarge. 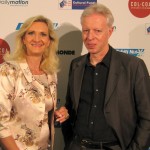 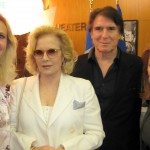 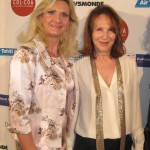 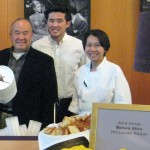 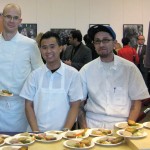 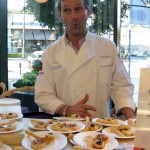 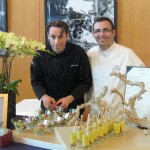 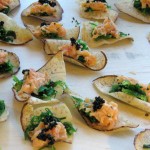 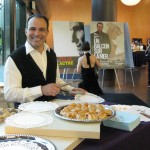 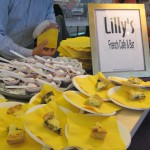 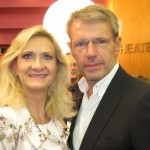 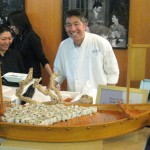 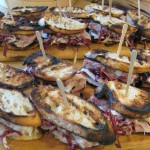 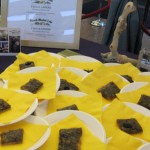 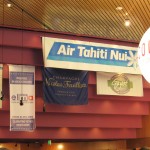 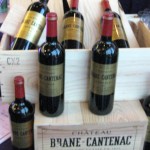 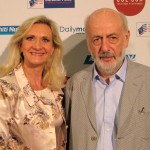