by Sophie Gayot     The winning dish at Concern Foundation’s 36th Annual Block Party, held on July 10 at the Paramount Studios in Los Angeles, was the sweet corn agnolotti by Savore Catering. But honestly, I could not try every single one served on that fun night. Out of the 63 restaurants and refreshment stations, an increase of six from last year, I only had time and room to try ten. My apologies to the rest.     This year, the 3,000 participants walked around in the New York streets of the back lot animated by a friendly big top theme. Between the ticket sales and the auctions, over a million dollars was raised to fight cancer during the evening. Jim Morrison, founder of Sexy Hair and former president of L’Oréal hair care products, was honored by Concern Foundation for his efforts in the community to help further advancements in cancer research, along with his wife Ishita Ganguly.   Watch my exclusive interviews with the ten chefs or restaurant owners I met at, as well as the words of Derek Alpert, Concern Foundation president, Carla Daly, executive board member, and Frank Mottek, the MC of the evening.
For more charity events we attend, go to our Charity Events category in GAYOT.com’s blog. 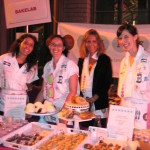 The team from the artisanal bakeshop Bakelab 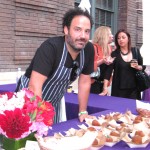 Owner/partner of Dominick’s and Little Dom’s 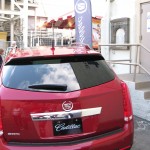 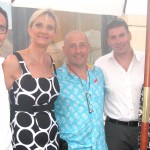 Members of the Club Culinaire of French Cuisine: Marius Blin 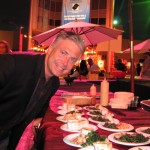 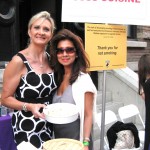 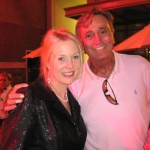 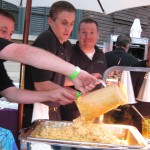 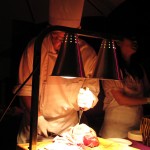 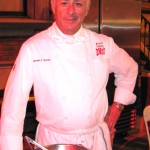 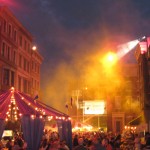 The backlot streets of Paramount Studios filled up 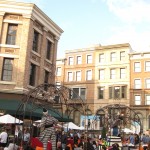 The New York streets under the Big Top 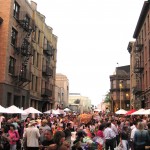 The streets of the Paramount Studios 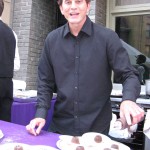 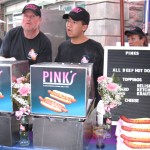 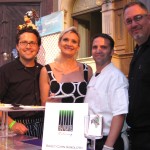 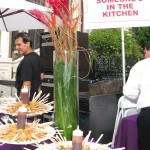 Is there Someone In The Kitchen? 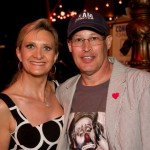 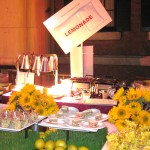 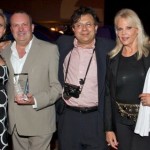 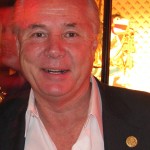 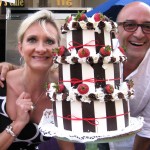