This week is already Thanksgiving, but it still felt like summertime at the Hornitos Tequila Block Party last Sunday, November 15th, in Burbank. The back lot of Warner Bros. Studios provided the perfect suburban setting for nearly a thousand folks to enjoy an afternoon of barbecued hamburgers and hot dogs, cupcakes, cotton candy, and, of course, Hornitos Tequila cocktails.

Guests could indulge their inner child and play old-school games like badminton, ping pong and Twister, or duck into the “Mischieve” photo booth and pose with the provided fake mustaches, oversized sunglasses or plastic vampire fangs (a favorite among the “New Moon” fans).

Further setting the event apart from your average block party were bikini-wearing beauties lathering up a red sports car, an ice cream truck dispensing more Hornitos-based libations, and even a ferris wheel that provided a prime view of all the action.

In the “Whatever-Happened-To…” department, DJ Jazzy Jeff headlined the roster of DJs spinning tunes for the crowd. Babies of the ’80s remember him as Will Smith’s sidekick on “The Fresh Prince of Bel-Air,” but the next generation of youngsters will come to know him as one of the playable avatars on the recently released DJ Hero video game.

The carefree event offered attendees a much-appreciated chance to unwind before the hustle and bustle of the holiday season.
You can click on each photo to enlarge. 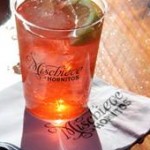 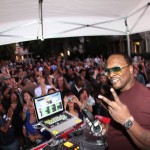 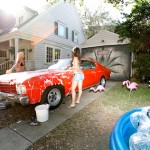 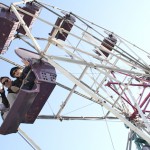 Ferris wheel on the Warner Bros. Studios back lot 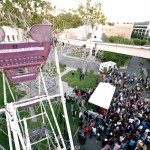 At the top of the ferris wheel overlooking the revelers 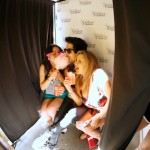