The Curious Case of Jenson Button

I have been a fan of Formula One racing for as long as I can remember. Sunday afternoons watching these soldiers fight it out on the racetrack felt a lot like what my ancestors would have felt, watching gladiators in the  Arenes de Nimes   –  which by the way is the place where we got the  word Denim  from. The Levi brothers used  the durable  “Toile de Nimes”  to manufacture solid outerwear for the 49ers;  no, not the football team. The drivers lost their lives in horrendous and fiery crashes. Due to improved technology, not only are the cars faster today but, thankfully, no one dies anymore. Although the drivers are still the critical part of the operation, software in its many shapes and applications is what wins races. How is it possible that in the 2009 championship the usual suspects (Ferrari, McLaren Mercedes, BMW and Renault) are quasi scoreless after five races? And the British sensation of the last two seasons, Lewis Hamilton, is left in the brake dust of Brawn-Mercedes, RBR-Renault and Toyota.

Curiously, at 30 years of age, veteran Jenson Button is getting younger. He is a great guy and deserves, as much as any of the other competitors, a chance to win and he is winning after a questionable career.  He has tasted victory in four out of five races and he is now clearly ahead of all others in points for the world title. And with teammate Brazilian Rubens Barrichello ,  they are cleaning up for the constructor title with Brawn GP. A team that was put together 3 weeks before the start of the season opener in Melbourne, their maiden race they finished 1-2. Enters Sir Richard “Midas” Branson of Virgin fame to sponsor the clever Ross Brawn owned and directed team. Are the Brits rebelling after years of dominance by the Germans, Italians, French and Spaniards? Lewis Hamilton, the current world champion, happens to be from that insular nation. Not only has he not garnered a single podium but he and teammate Heikki Kovalainen are often struggling to finish a race. Could it be the software McLaren-Mercedes is using? Ferrari certainly needs an upgraded version. This year, we’d like to see Nico Rosberg win a race and Sebastien Bourdais pick up a few points here and there.

Then, there is all this in-fighting between the governing bodies, from F1 boss and soon-to-be-divorced billionaire Bernie Ecclestone, the controversial and mercurial FIA President Max Mosley and a recently put together team association (FOTA) lead by the cool and Hollywood looking Aussie driver Marc Weber. Lawsuits are flying left and right, espionage cases uncovered, lying, cheating, and more or less natural accidents. This is a fine image we are broadcasting to younger generations!

Typically racing triggers new technologies that are passed on to passenger automobiles. It seems to be the reverse where these carbon fiber marvels are desperately trying to find a way to mimic our hybrid daily drivers. The new KERS system (Kinetic Energy Recovery System) found alternatively on some of the F1 racing cars can be described at best as a fiasco.

On the positive side ,  there seems to be a consensus to impose a budget cap, something close to $60 million per team each year. The Hondas and Toyotas who don’t have that kind of money to spend in the new world economy won’t have to shell out billions as they did in the past to attempt to win a race in the hopes of selling more cars. Honda is gone and has morphed into championship leader Brawn GP [bad timing Tokyo]. The effect is that we’ll finally see up to 13 teams (up from 10) in 2010 including two from the good old U. S. of A. In the late 60’s, 70’s and 80’s there were Gringo teams like Shadow, Eagle and Penske and drivers like Peter Revson, Dan Gurney and 1978 Champion Mario Andretti –although he was born in Italy. A private U.S. team lead by Ken Anderson could see the light of day and  across the pond, Lola wants to come back, along with Aston Martin and Lightspeed currently running in F3.  This would create a grand total of six driver jobs and of course many more support staff. What else? More money for Mr. Ecclestone. How about we get a couple races back on the North American continent, Bernie?

So how do you explain that a 30 year old driver is running circles around the youngsters like Lewis Hamilton, 24, and Sebastian Vettel, 22? Could Jensen possibly be getting younger? And the same goes with his team mate Rubens, at 37 the series veteran second in the standings. It is important to note that the BGP 001 driven by both Brawn GP drivers do not have the advantage of the additional 80 horsepower delivered by the KERS.  Many are pointing    at the rear diffuser, calling it double, trick or whatever. This technological advancement which increases down force has been legalized after month of legal battles. Two other teams (Toyota and Williams-Toyota) have it, but obviously Brawn’s software was better. And now the other teams are playing catch up with their own version. A donde esta Alsonso, who picked up 4 points with his 5th place finish in Spain in front of his home crowd in his KERS – equipped R29 Renault. Fernando is a two time world champion after all and he sits in 8th position in the overall standing. Que paso? Well to start, Ross Brawn is a seasoned, bright and organized man with inner determination who has won championships with Benetton (now Renault) and Ferrari. Rubens is a great teammate and they both worked at Ferrari during Michael Schumacher’s reign. And Jenson Alexander Lyons Button, well, he is a nice guy in the right place at the right time. He won more points in his first race this year than in his entire season in 2008. Not only can he out drive any of us but also a couple of world champions apparently. Isn’t it nice to be living life backwards? 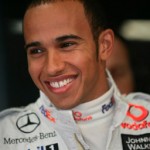 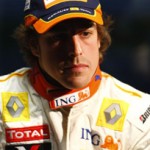 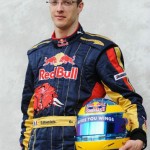