By admin
[youtube id=”_og3lF_A9oE”] by Sophie Gayot In 1990, Joël Robuchon was named Cuisinier du Siècle, Chef of the Century. The title, which did not come easily, was based on his impressive, extraordinary talent, so-well-controlled creativity, religious respect of produce and the purity of his flavors. Luckily for us, his gifts are still going strong in this century. Since moving from Poitou (a Western region of France) to Paris in 1978, Robuchon has distilled his undisputable cooking skills throughout the world with ultra-fine dining establishments like Restaurant Joël Robuchon in Las Vegas (a GAYOT.com Top 40 Restaurant since its 2005 opening), and the L’Atelier concept. I have to admit that when I saw the first Atelier under construction in Paris in the winter of 2002, I was skeptical about having Robuchon’s delicacies sitting behind a bar on a bar stool, without having the possibility of sharing these culinary pleasures with more than one or two persons (it’s not easy to have a larger party along a bar). Oh, boy, was I wrong! There are now nine Ateliers around the world, with the latest addition in Singapore. While dining recently at L’Atelier des Champs-Élysées in Paris, I was able to re-experience L’Atelier, and can confirm that it is a great concept. As I just missed Joël Robuchon himself that evening (he was there at lunch), I was able to get an exclusive video interview with his executive chef Philippe Braun (watch it above) and his executive pastry chef François Benot. Prepare your French dictionary as they are in French. I’m hoping they will entice you to discover or rediscover an Atelier when you are in Paris, London, New York, Las Vegas, Tokyo, Hong Kong, Taipei and Singapore. You can click on each photo to enlarge to see pictures of L’Atelier restaurant menu. All photos by Sophie Gayot. 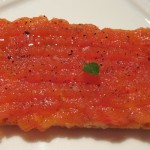 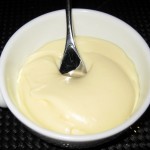 The famous purée of Joël Robuchon 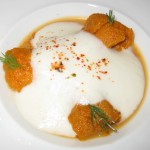 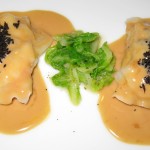 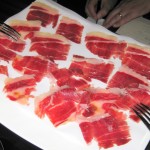 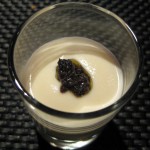 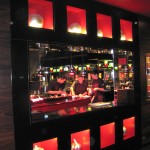 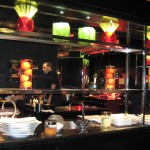 A view of the kitchen at L’Atelier de Joël Robuchon 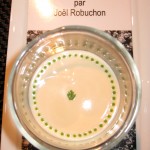 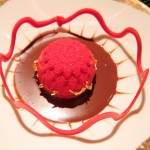 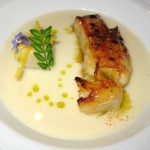 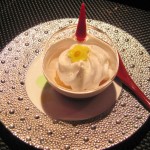 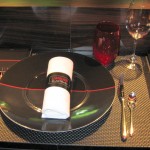 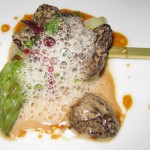 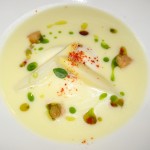 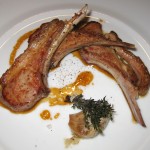