Not a Bistro but a Restaurant

By admin
[youtube id=”AyMhhRfMQe8″] by Sophie Gayot UPDATE 5/30/2012: Maison Giraud now offers take-out, for breakfast, brunch, lunch and dinner.   When I walked in to dine at Maison Giraud a few nights ago, I looked at the space and — without yet taking a closer glance at the menu or plates on the tables — told Alain Giraud, “Congratulations on your new bistro!” (Hey, we’ve waited so long to find Giraud’s cuisine somewhere again, I was happy for him.) He replied, “Sophie, this is not a bistro but a restaurant.” So, what is the difference between the two? When it comes to the etymology of the word “bistro,” some linguists claim it’s derived from the Russian word “bystro” and means “quickly.” It was often pronounced by the Cossacks occupying Paris after the fall of Napoléon in 1815, when they were ordering a glass of Beaujolais and wanted it to be served ASAP. By no means would we refer to Giraud’s cuisine as anything close to rushed or hurried. It is quite the contrary. Watch my exclusive video interview with chef Giraud, and read the just-published review of Maison Giraud, to see all the thought he puts into his dishes. His team in the kitchen includes sous chef Jackie Mazzuca and baker/pastry chef Noubar Yessayan. And since Yessayan occupies such a role at the restaurant, which also acts as a bakery in the morning, I got him to talk to us on video, too. If you decide to dine out for New Year’s Eve, you should know that Maison Giraud will host two seatings ($75 and $100) on that special night. We have plenty of other restaurants in LA and around the world where we recommend you ring in 2012. Our New Year’s Eve restaurant lists cover from San Diego to Boston, and from Sydney to Quebec City. And if you’re not sure where to spend the last night of 2011, check out our Top 10 Places to Celebrate the New Year. You can click on each photo to enlarge to see dishes from Maison Giraud restaurant menu. All photos by Sophie Gayot. 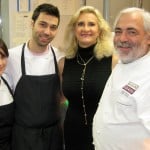 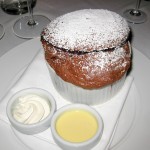 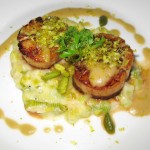 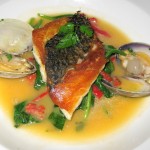 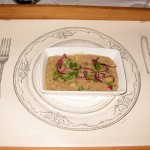 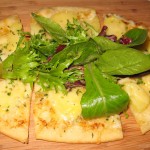 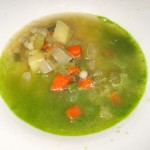 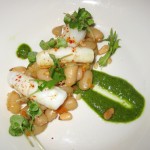 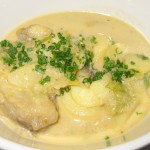 Monkfish marinated with lemon and olives 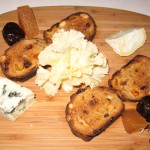 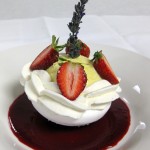 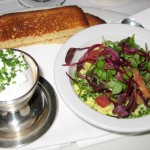 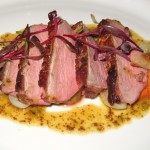 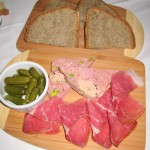