by Barnaby Hughes Heaven Hill Distilleries is currently launching the world’s first agave nectar liqueur in major cities across the U.S. Named for the Monarch butterfly, which is indigenous to the Tequila region of Mexico, Mariposa Agave Nectar Liqueur makes for a versatile new cocktail ingredient. Whereas tequila is made by fermenting agave nectar, thereby reducing the syrup’s sweetness by transforming its sugars into alcohol, Mariposa retains the sweetness by blending the nectar with a neutral spirit comprised of agave tequila and vodka. The addition of rose oil and gardenia adds complexity of aroma and flavor. When Mariposa is sniffed neat, honey and honeysuckle are the dominant notes. Add ice to the liqueur and floral aromas come to the fore. Ice also intensifies Mariposa’s sweetness in the mouth, although at 30 per cent ABV it’s not too sweet. On the palate, it tastes a bit like cactus, displaying flavors reminiscent of kiwi, cucumber and celery. With its nice, creamy mouthfeel, the liqueur is well able to add body and depth to a range of cocktails. Jared Schubert of Heaven Hill, who helped craft Mariposa and was present at a launch event at Petit Ermitage in West Hollywood, remarked that the new liqueur goes well with every type of spirit – except moonshine. He also admits to enjoying Mariposa mixed with lime and Pabst Blue Ribbon beer. His cocktail creations served that evening were the Chrysalis Cocktail (Mariposa, Rittenhouse Rye, Peychaud’s Bitters, absinthe rinse and grapefruit) and Mariposa Mule. Here’s the recipe for the Mariposa Mule: 1.5 oz Mariposa Agave Nectar Liqueur .75 oz Lunazul Reposado Tequila .75 oz lime juice .5 oz simple syrup 4 oz ginger ale Combine all ingredients but the ginger ale into shaker, shake vigorously and pour into Collins glass with ice. Top with ginger ale. Related Content: Agavero Tequila Liqueur Top 10 Craft Cocktails Wine, Beer and Spirits News You can click on each photo to enlarge. 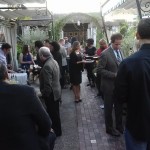 On the roof of Petit Ermitage 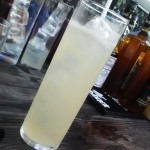 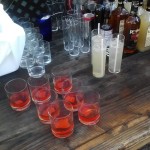 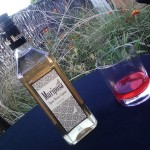 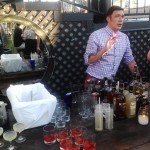 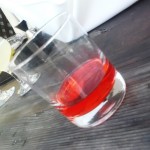