by Sophie Gayot Join me at Church & State on Sunday, November 7th, from 6:00 p.m. to 8:00 p.m. for the fourth edition of the cocktail competition Raising the Bar. Along with Church & State owner Yassmin Sarmadi, chef/owner of Joe’s Restaurant and Bar Pintxo Joe Miller, Comme Ca General Manager Christopher Hennessy, and newcomer The Raymond Restaurant General Manager Chris Mangandi, I will be judging cocktails created on the spot. Four mixologists, Mat Greis (Church & State), Jennifer Zerboni (Joe’s Restaurant), Eugene Shaw or Tim Loden (Comme Ca) and Lacey Murillo (The Raymond Restaurant) will have to create three different cocktails: a classic, another made with Starr African Rum, and one freestyle. Audience members will also enjoy a choice of special menus from chef Jeremy Berlin. Ask for details, including pricing, when making your reservation at 213-405-1434. Due to very busy schedules, it took a while to set a date for the fourth edition of Raising the Bar. Those with good memories may recall that Raising the Bar #3, was held at BOA Steakhouse in Santa Monica on Sunday, March 14th. The winner was Hector Bury (Joe’s Restaurant), who prevailed over Dave Ferney (Church & State), Tim Loden (Comme Ca) and Charlotte Cramer (BOA). Since that evening was sponsored by Right Gin, the classic drink selected by the judges at the beginning of the competition was French 75, which is made of Champagne, lemon juice and gin. The second round was also gin-based. Then the talented mixologists presented what thought was their best creation. Thumbs up to the libations below. Cramer came up with a strawberry drink with bourbon and a hint of vanilla. Ferney had fun preparing his Cochon Bourré (Drunken Pig) made of Bourbon, bacon lard and maple syrup. And Bury’s Lady Grey made of Earl Grey tea, lemon juice, eggs white, syrup and Right Gin was a favorite among the lady judges. Cheers!   You can click on each photo to enlarge. All photos by Sophie Gayot. 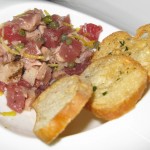 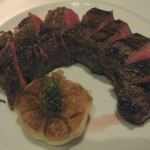 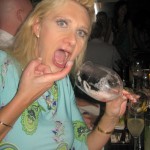 I guess it was that good… 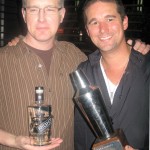 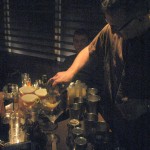 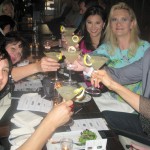 The judges cheering on French 75 cocktails 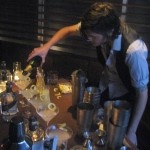 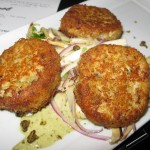 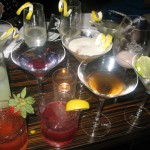 All the cocktails we had to judge 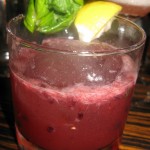 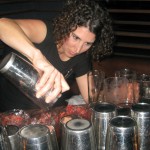 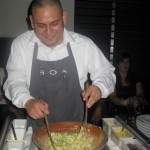 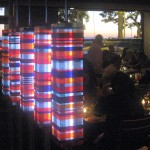 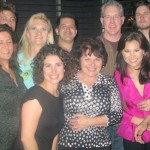 From left to right: Christopher Hennessy