by Sophie Gayot The winners of the 10th edition of the S.Pellegrino Almost Famous Chef competition, held at The Culinary Institute of America at Greystone in St. Helena, Calif., have just been announced. During two challenges, The Mystery Basket yesterday, and The Signature Dish today, ten competitors had to prove to the judges that they can cook. The judges were Eric Ripert, Gary Danko, Jean Joho and Michel Richard (all of whom are chefs at one of GAYOT.com’s Top 40 Restaurants in the U.S.), as well as Jody Adams, Tony Mantuano, Bob Hurley, Susur Lee, Adam Rapoport, James Oseland, Lucy Waverman and me. Congratulations to: – The Overall Winner Jennifer Kim of Kendall College in Chicago received a prize of $10,000 and a paid apprenticeship with one of the participating chef judges at the restaurant of his/her choice; – The Mystery Basket Winner Jennifer Kim of Kendall College won her second prize and an additional $3,000. She prepared seared veal top round, black kale chips, sautéed seasonal vegetables and Parisienne gnocchi; – The Signature Dish Winner Daniel Beal of Johnson & Wales University in Denver went home with $3,000. His signature dish was sautéed chicken breast with asparagus, potato and ox tongue; – The People’s Choice Winner Joseph Johnson of Le Cordon Bleu College of Culinary Arts in Los Angeles was chosen to win the $3,000 prize by the guests who attended The Signature Dish Competition tasting. He cooked Ras El Hanout-crusted lamb; – The Acqua Panna Fan Favorite Winner Online viewers followed the contest via live streaming hosted by executive chef Ralph Pagano of Gulfstream Park Racing & Casino (and Hell’s Kitchen Season 1) and TV Personality Jake Hanover on the Almost Famous Chef Competition’s website. They chose Eliakim John Acuna of Le Cordon Bleu College of Culinary Arts in Miami; he received $3,000 for “D’Oceana.” You can click on each photo to enlarge. All photos by Sophie Gayot. 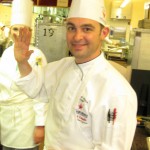 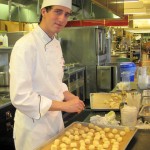 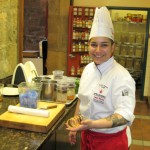 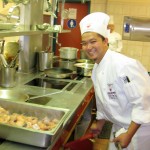 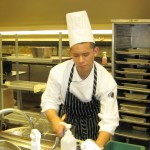 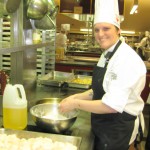 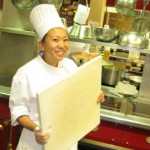 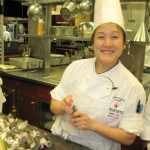 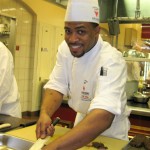 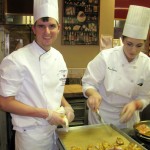 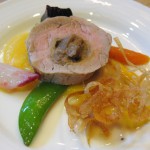 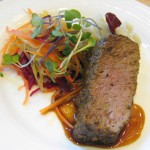 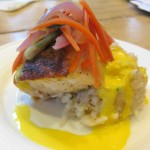 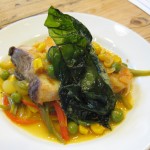 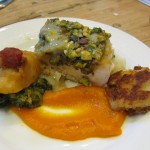 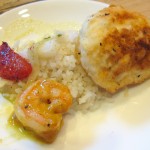 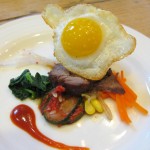 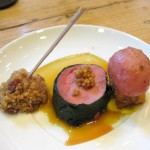 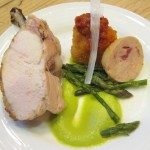 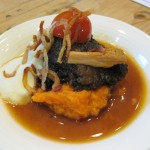 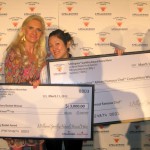