Food Flair at the Food Fair by André Gayot In my European journey, despite the seasonal French pseudo-revolutionary sitcom, I was able to visit the SIAL in Villepinte near Paris. I guess the acronym is used instead of the full name — Salon des Industries Alimentaires or Food Industry Exhibition — because it’s shorter for the media and maybe also because we don’t like to be reminded that the content of our plates is nowadays largely concocted in industrial factories by Big Business. But there are also artisans who strive to find improbable ways to find a magic formula, such as the one who creates his “caviar” from truffle juice. Caviar is expensive, but so are truffles. I am missing his point. 5,500 exhibitors from 105 countries attract 147,000 visitors from 185 countries watched by 1,500 journalists (not counting myself, because I was incognito). 800 products are displayed, among which a few will win awards for the innovation they constitute. SIAL says that, in the interest of protecting public health, they also obtained from the EU commission that claims such as “This chocolate makes you grow “or “Kill diabetes with our water” have been banned from the labels. They declare that they are the largest food show in the world. Let’s hope this assertion will not create an additional friction with the US State Department, because the expression “The largest in the world” is already trademarked by Uncle Sam. Although there’s a push for Bio, at SIAL, Mother Nature is not the order of the day. The purpose, here, is to make money by making easier the lives of the restaurateurs and, at large, that of the consumers by providing them with ready-to-go provisions. This is a reasonable move, except that it pushes us a little more away from our roots, our essence, the true flavors of nature, the reality of life. Neglecting the innovation represented by the microwaveable sausages and hamburgers of salmon in plastic bags for kids who otherwise hate fish, and the chicken snack toast rectangles, which both won creativity prizes, the editor of the influential Paris newspaper Le Monde fell in love with an innovation of the twelfth year of the Tempo era in Japan (corresponding to our 1841 AD) . In Yuasa, a small village near the sea in Wakayama prefecture, Tsunenori Kano continues to prepare his Kadocho soy sauce (shoyu) exactly like his ancestors did in cedar barrels in which Gifu wheat is fermented with salt, water, and nothing else. They were themselves following a tradition dating to the 13th century (reign of the Song dynasty) and that also saw the birth of miso paste. The Yuasa soy sauce was so popular that it reached the court of the Sun King, they say…. I felt sorry for those modern inventors who did not capture the attention of the big media. Maybe, wisdom is to not forget our fathers and grandfathers when they do it right. I am not saying that only for my grandson.
You can click on each photo to enlarge. 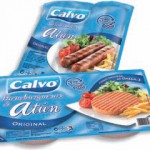 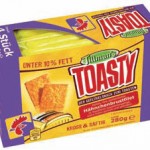