The Day in the Cloud Challenge Take any flight on Virgin America and compute in the cloud with your notebook or mobile phone. Today was D-day for the young airline to offer a WiFi environment for any passenger on every flight in the U.S., the first airline to stake that claim. Sir Richard Branson appeared via an animated video to introduce the program via Gogo technology, along with the flight’s friendly crew. What was special about our 6:00 am flight VA 921 from Los Angeles to San Francisco is that it competed with flight 920 from San Francisco to Los Angeles in The Day in the Cloud Challenge – an online puzzle played in the air and on the ground. Our winning plane earned each participating passenger a nifty and slim HP netbook. The game continued for 24 hours as well, and enabled all top five scorers of each flight to earn A Year in the Cloud package comprised of free flights, free in-flight WiFi  from Virgin America, a netbook computer from Hewlett-Packard  and one terabyte of online storage from Google. Happy gamers went to work early and connected to Google apps in the clouds to secure information to solve the puzzle.

“People are increasingly using web applications wherever they are to connect with one another, whether it’s through shared photos, collaborative documents, or video chat,” says Bradley Horowitz, Vice-President , Product Management at Google. “A simple task is being able to connect with close ones as your flight approaches its destination to make arrangements,” he added. “When away from the home or office, a netbook is a great solution to stay connected,” he pronounced. Then I told him that I used airplane travel to catch up on tasks that are normally disrupted by being online. His reply? “You can always turn it off,” or at least pretend it was not working on the flight if your boss was trying to track you down. Another Google figure on the plane was Jason Freidenfelds, Manager of Global Communications and Public Affairs delivering the growing message of cloud computing. Abby Lunardini, Virgin America’s Director of Corporate Communications had corralled a handful of journalists including Good Day LA FOX 11 reporter Suzanne Marques with whom I trade travel trivia, news and suggestions. 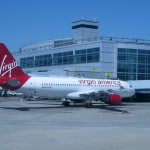 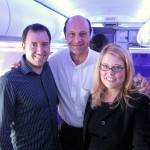 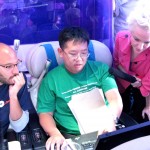 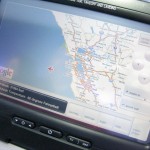 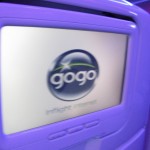 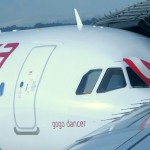 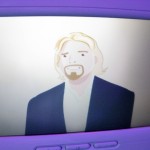 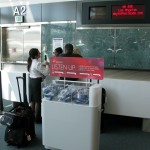 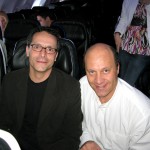 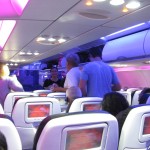 Getting ready to game 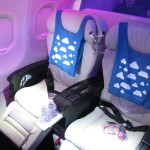 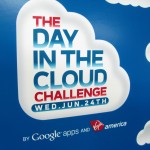