by Alain Gayot
This afternoon on a much needed rainy day in Los Angeles, Mayor Antonio Villaraigosa welcomed Sir Richard Branson and one of his brand new Boeing 777-300ER aircraft for his new airline V Australia. The aircraft was on a special livery stop-over at the Los Angeles International Airport (LAX). Tomorrow, the crew takes the aircraft to Sydney where the sister airline to Virgin Atlantic will offer non-stop service between Los Angeles and Sydney and Brisbane beginning February 27, 2009.

The event celebrated the first airline to begin flying between Australia and the United States under an open-skies agreement signed by the two countries last March. V Australia expects to sustain as many as 4,340 jobs. “It will generate revenues for Southern California in the hundreds of millions,” said the honorable Mayor. This, at a time of dire economic conditions, comes as quite a blessing. Sir Richard Branson and Los Angeles World Airports, Tourism Australia and V Australia hosted the launch of the plane, which is considered one of the most fuel-efficient, quiet and environmentally conscious aircraft available. “We wanted to contribute commerce but be a good neighbor,” added the Mayor. Sir Branson is proud of his new fleet of 13 aircrafts and added, “There is more in the planning.” 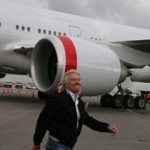 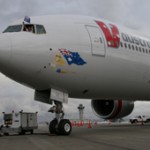 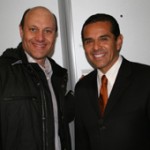 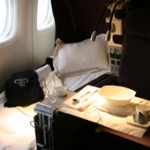 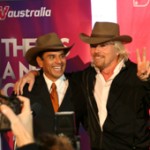 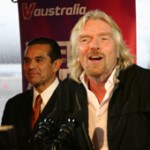 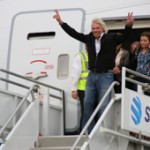 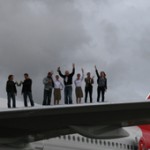 And the party goes on on the wing 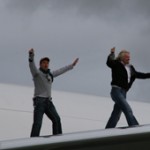 Walking on the wing 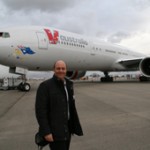 Alain Gayot on the tarmack