by Sophie Gayot Some restaurants install large screen televisions for special sporting events, like the World Cup or the Super Bowl. But last Wednesday at Los Angeles’ Water Grill, the TVs were tuned to the premiere of season 7 of Top Chef in Washington D.C. Among the contestants was Amanda Baumgarten, who had been working at the downtown seafood restaurant as sous-chef under executive chef David LeFevre for just ten days. As we dined on Thai snapper, soft-shell crab and Columbia River king salmon, we cheered Amanda on as she followed Tom Colicchio’s orders, and winced when she cut herself deeply while peeling potatoes. Did Baumgarten have fun shooting the TV with her other 17 peers? How long did she stay on? How was the ambience? Sadly, to all these questions, she gave no answer, save, “I can’t say anything.” I could relate, in that I have been sworn to secrecy when I taped episodes of Hell’s Kitchen with Gordon Ramsay. The only information I was able to get out of her is that her potato-peeling injury had healed.
Baumgarten, a Los Angeles native, discovered her passion for cooking at 17, and trained at Le Cordon Bleu London. She worked at La Tante Claire and Le Gavroche in London, then returned home to the kitchens of Mélisse and Patina, which both grace our Top 40 US Restaurants list. Her extensive experience combined with her charm must have convinced the producers to choose her for the 2010 Top Chef Season. We will follow your progress!
See executive chef David LeFevre giving orders in his kitchen on GAYOT.com’s YouTube channel. You can click on each photo to enlarge. 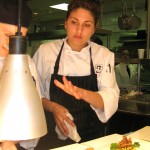 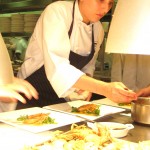 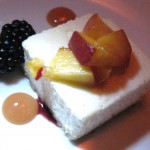 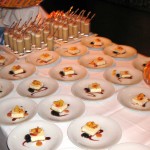 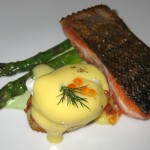 Columbia River king salmon with asparagus and a poached egg 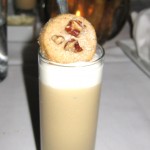 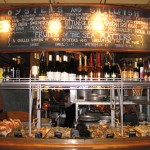 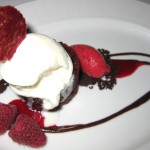 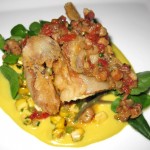 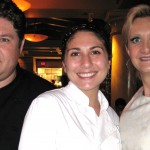 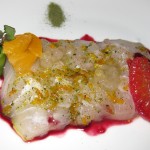 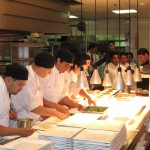 In the kitchen at Water Grill restaurant