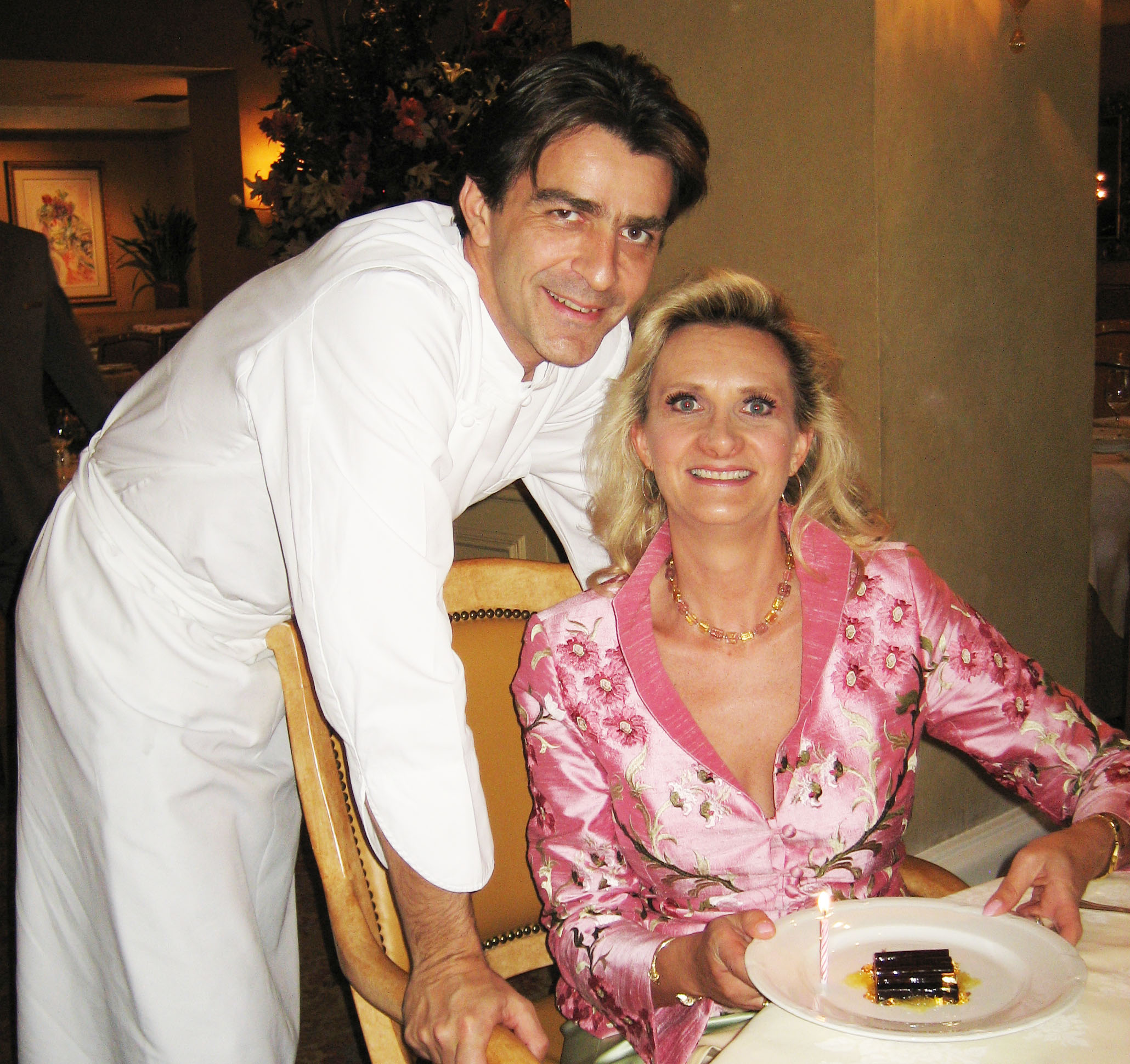 by Sophie Gayot The Dorchester Collection, which includes the Plaza Athénée in Paris, Le Meurice, The Dorchester in London, The Beverly Hills Hotel and the Hotel Principe di Savoia in Milan, has taken over the Hotel Bel-Air, located in one of the most exclusive cities in the world. This week, chef Yannick Alléno from Le Meurice had prepared a series of lunches and dinners for a lucky few at the hotel’s restaurant. Yesterday, I attended one of his lunches and, for the first time, (as I have dined here many times before) I enjoyed an “haute cuisine” experience. In short, this was the best meal I ever had in Stone Canyon, and one of the best of the year.
It was composed of a six-course meal with caviar, foie gras and numerous shavings of white truffles. The dessert, a palet fondant au chocolat with a lemon marmalade decorated with gold leaf (the lemons, from a small producer in France, were brought by Alléno in his suitcase), was as sublime as his savory creations.
Since it was only a few days before my birthday, Alléno surprised everyone by coming out and helping me blow out my candles! I felt quite privileged during this moment and it is one I will not soon forget. I hope to see him again in the near future at his gorgeous Paris restaurant, a historical dining room redecorated last year by star designer Philippe Starck.
(Sophie is dressed by Paule Vasseur, www.paule-vasseur.com)