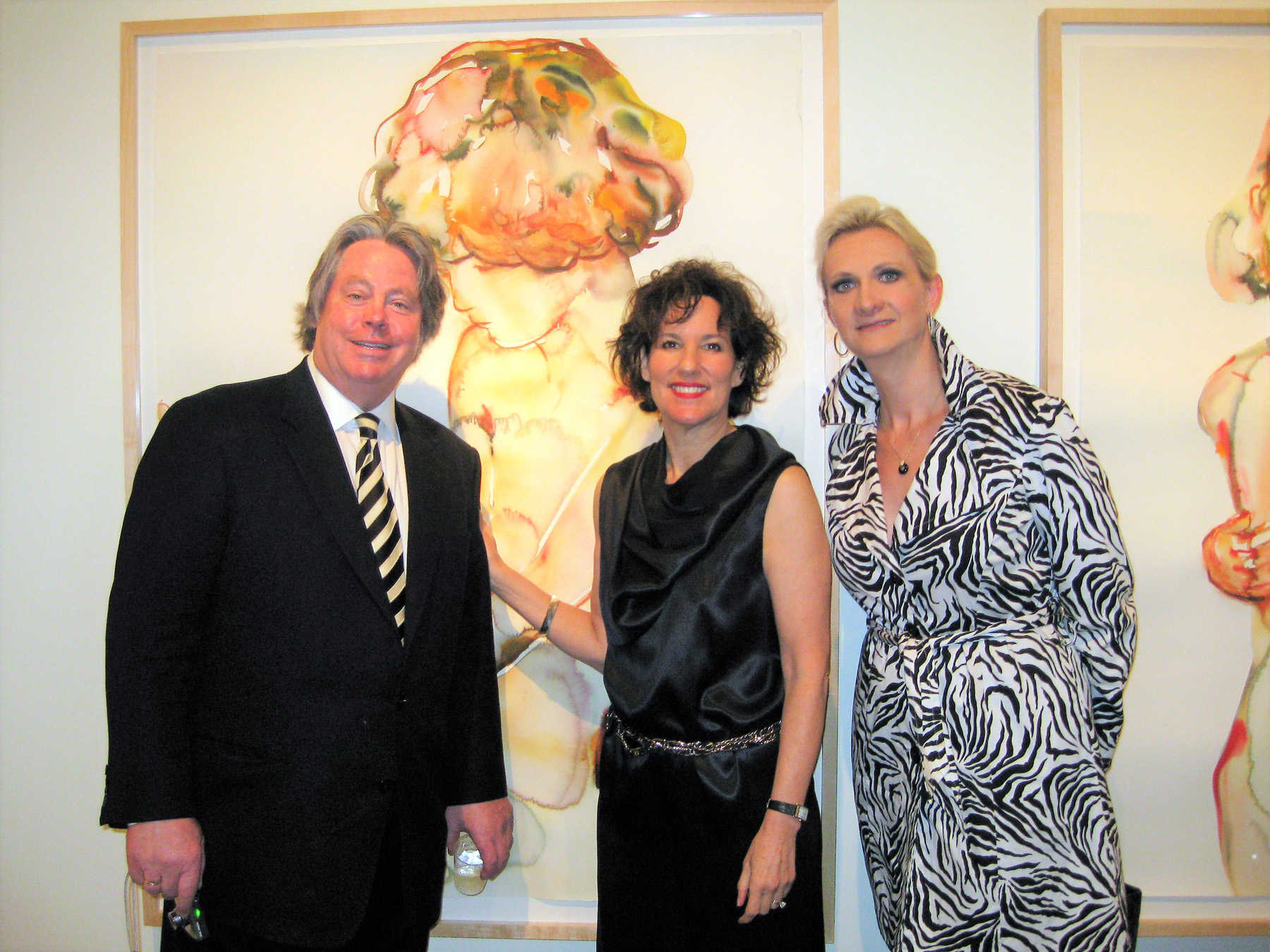 I am not an art critic, but discovering Kim McCarty’s watercolors was rather pleasant. McCarty’s ambiguous fluid figures made me think about the human form in new and intriguing ways. There is no struggle in her designs; they are easy on your eyes, and rather soothing.

In order to avoid the colors to run on the paper, McCarty can only paint horizontally; and it becomes a challenge for her knees when doing the near-size-life-size upper torsos!

McCarty’s work is in the collections of The Museum of Modern Art, UCLA Hammer Museum and the Honolulu Academy of Art. She is the wife of Michael McCarty, the owner of the legendary romantic restaurant Michael’s in Santa Monica, which will be celebrating its 30th birthday in May.