While the Paleo diet may be a 21st century phenomenon, this low-carb, gluten-free regimen traces its roots back some 10,000 years. Based on the eating habits of our hunter-gatherer ancestors, the Paleo diet eschews processed ingredients in favor of fresh, whole foods like fruits, vegetables, meats and nuts.

Meat-lovers will appreciate the emphasis on animal protein, but you may miss your morning bowl of cereal — the regimen forbids grains and dairy. Although the cuisine may sound limiting, GAYOT’s favorite Paleo recipes prove that you can still be creative with your menus.

Check out our Top 10 Paleo Cookbooks to find everything from tasty Thai dishes to decadent desserts.

And for more of our favorite selections that aren’t as diet-friendly, take a look at our Best Cookbooks of All Time for classic recipes everyone will love. 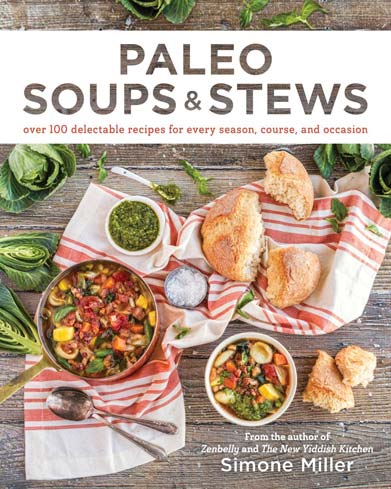 Soup is the universal love language, according to author Simone Miller.

From broths to chilis to accoutrements such as breads for dipping and creams for garnishing, Miller covers every word of this love language. Keep in mind that all the recipes are paleo and rather than resorting to salt seasoning, Miller stresses the significance of natural-flavor boosters and spices. The range of over 100 recipes that cover every meal including dessert, incorporates simple cooking instructions that will have you thinking, paleo-cooking isn’t so difficult after all. 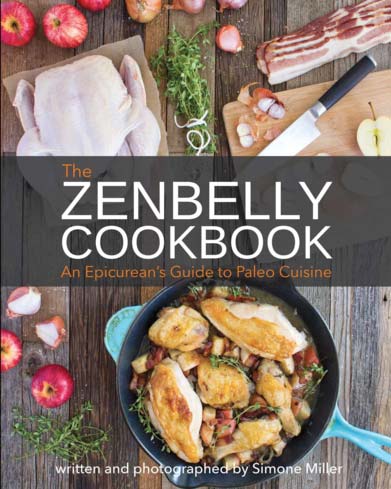 An Epicurean’s Guide to Paleo Cuisine.

In The Zenbelly Cookbook, Simone Miller draws on her experience as a chef and caterer to ease the transition to preparing Paleo meals. Besides great insider tips, from choosing the right knife to julienning a carrot, Miller provides a primer on ingredient measurements and an instructive breakdown of recipes. Her family-friendly recipes and refreshing menu ideas make creating a Paleo feast a breeze. 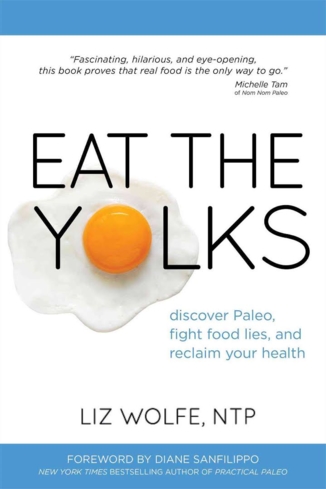 A compelling treatise on the power of the Paleo diet and the misinformation perpetrated by the food industry.

Not a cookbook in the traditional sense, Eat the Yolks is a compelling treatise on the power of the Paleo diet and the misinformation perpetrated by the food industry. Author Liz Wolfe draws on her background as a certified Nutritional Therapy Practitioner to take an in-depth look at the function of protein, fats, carbohydrates and cholesterol in the human diet. Her witty and relatable writing makes Eat the Yolks the perfect read for a plane ride or gym workout — or to pass along to a friend who’s on the fence about going Paleo. 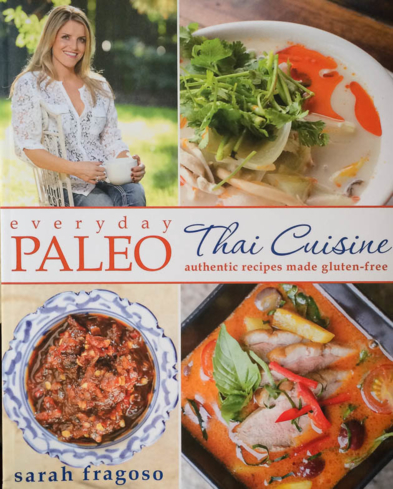 A Paleo approach to Thai cuisine by Sarah Fragoso.

The second in a series dedicated to cuisines from around the globe, this cookbook takes a Paleo approach to traditional Thai fare. Along with the essentials of Thai cooking, author Sarah Fragoso offers 100 delectable gluten-free recipes such as coconut pancakes and deep-fried fish with chu chee curry sauce. Everyday Paleo also contains Fragoso’s travel log through Thailand and tips on eating gluten-free abroad. 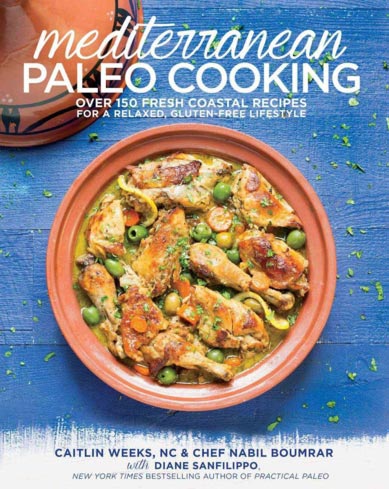 Nutritionist Caitlin Weeks and her Algerian chef husband explore the flavors of his native North Africa.

A true labor of love, Mediterranean Paleo Cooking is a collaborative effort from nutritionist Caitlin Weeks and her Algerian chef husband, Nabil Boumrar. Together, they explore the flavors of Boumrar’s native North Africa, offering an array of gluten-free, Paleo-friendly recipes such as cinnamon-braised beef, almond meatball soup and spicy chicken tagine. Staples like falafel, moussaka, hummus and pita bread are also included, along with multicourse menu plans — providing home cooks with the necessary tools for a Mediterranean-themed dinner party. 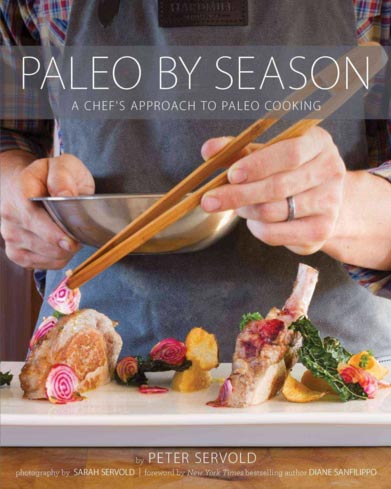 If you’re looking to cook Paleo like a pro, check out what Peter Servold serves up. Showcasing chef-driven, seasonal cuisine, Paleo by Season emphasizes fresh, local ingredients from your neighborhood farmers’ market. Preparing Servold’s simple yet delicious dishes will definitely sharpen your kitchen skills. And if you’re up for a challenge, you can try the advanced techniques designed to take your cooking to the next level. 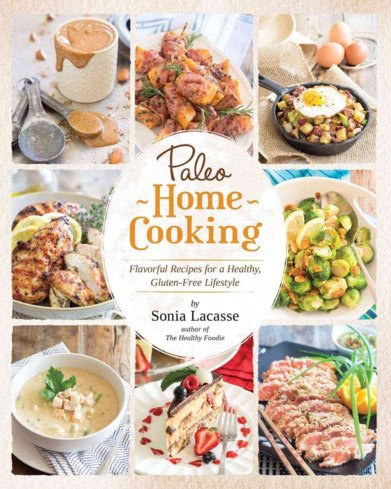 Paleo Home Cooking caters to gluten-free newbies and veterans alike. Author Sonia Lacasse clearly lays out which foods you’ll target, which you may occasionally indulge in and which you must “absolutely, positively stay away from.” Among its 150 delectable recipes are homemade nut butters, naturally sweetened desserts, salads to last all week and scrumptious seafood and meat dishes, such as Hearty Meatballs in Wild Mushroom Sauce or Paleo Moussaka with creamy eggplant, spicy lamb and béchamel sauce.

Both the ketogenic and the Paleo regimens promote low-carb, high-fat and moderate-protein meals, though the former focuses on getting your energy from a meat diet, while the latter aims to help manage diseases such as epilepsy and type 2 diabetes. This best-seller by keto diet advocates Jimmy Moore and Maria Emmerich provides 150 delicious recipes that recreate favorite meals in exciting ways (avocado egg cups, anyone?). The authors also introduce you to novel ingredients including kelp noodles, liquid smoke and “Copycat Baconnaise” (arguably an improvement on mayonnaise). 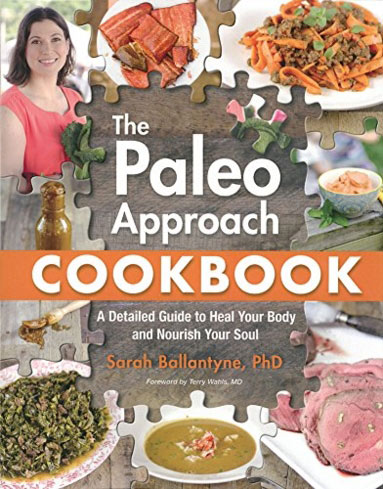 The cookbook companion to The Paleo Approach.

This cookbook companion to The Paleo Approach offers a wealth of information on how to make a smooth transition to the diet, whether you’re a novice in the kitchen, on a tight budget or limited on time. Author Sarah Ballantyne specifically addresses readers with autoimmune diseases, yet The Paleo Approach Cookbook has universal appeal thanks to its user-friendly mix of flavorful recipes and insightful kitchen tips. 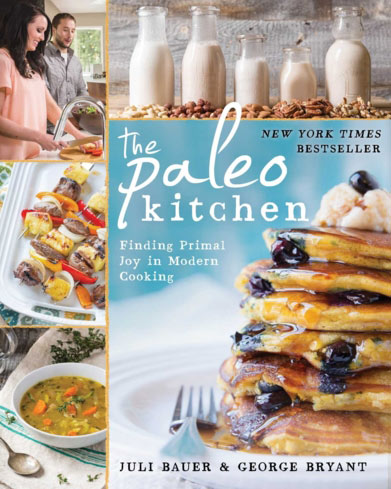 Sun-dried tomato sweet potato hash, pulled pork nachos, candied bacon chocolate brownies — while these dishes sound like a heart attack waiting to happen, they are all part of Juli Bauer and George Bryant’s flavor-filled approach to a healthy diet. The two cooks put a modern twist on Paleo fare, offering fun and easy recipes that anyone can follow. For those seeking a little adventure on the road to wellness, this book is for you.