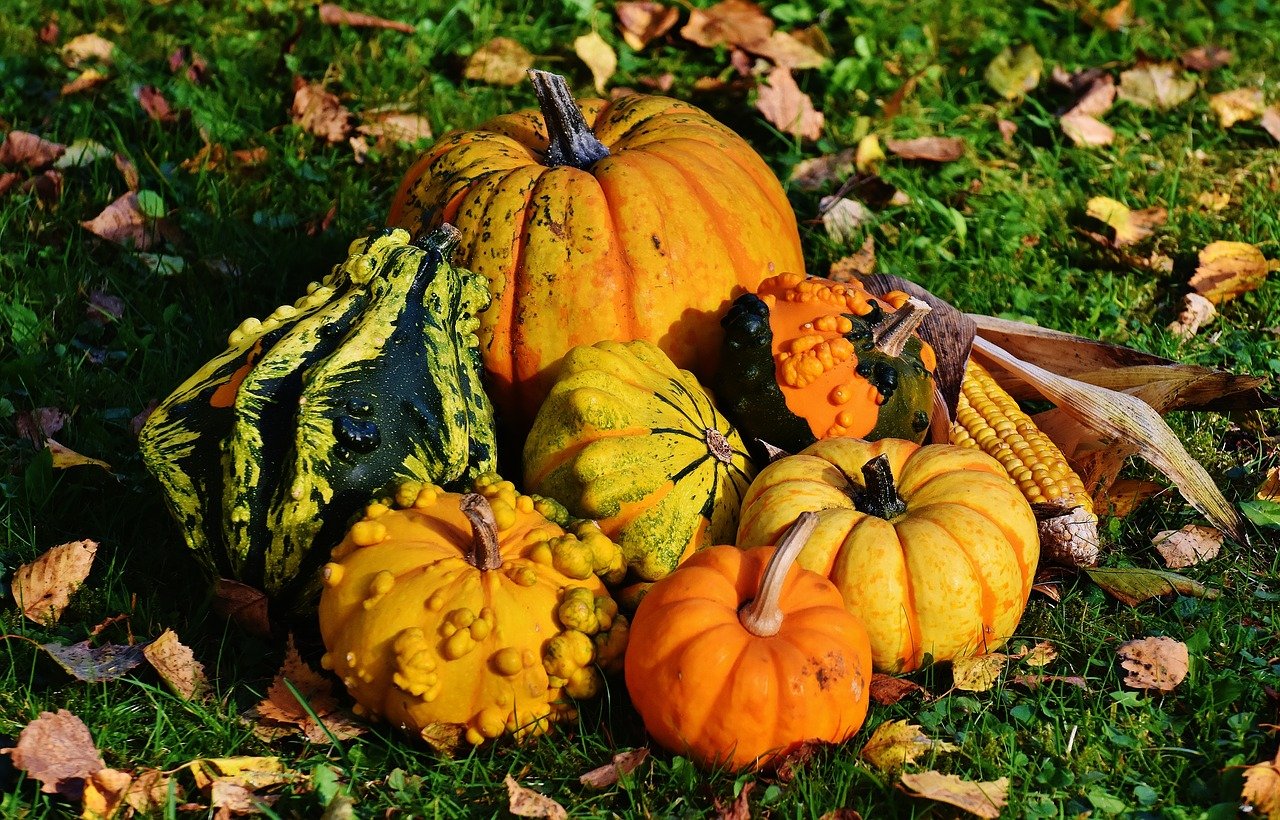 The humble pumpkin, which originated in Central America, and revered by early Native Americans, has transformative powers in modern American culture.

The bright orange color of pumpkin “meat” is a clue to its wealth of carotenoids, such as beta-carotene, which help neutralize free radicals and thereby reduce the risk of cancer.

The carotenoids lutein and zeaxanthin, found in the flesh, promote eye health and guard against macular degeneration. It is also a good source of vitamins A and C as well as alpha-hydroxy acids, which reduce the signs of aging in skin.

The potassium in pumpkin makes it a good choice for those with hypertension. Its high-fiber content also helps to curb the appetite, reduce fat absorption and protect against atherosclerosis.

Pumpkin holds promise for diabetics: In animal studies, it promoted the regeneration of damaged insulin-producing beta cells. As a result, it could drastically reduce the need for daily insulin injections in diabetics.

Consuming one cup of cooked, canned pumpkin provides well over 100 percent of our daily need for vitamin A and about 20 percent of the daily requirement for vitamin C. As a superfood, the pumpkin has many health benefits.

When carving your Halloween pumpkin, don’t throw away the seeds! Pumpkin seeds (also known as pepitas) might actually have more benefits than the orange flesh itself. Pumpkin seeds are especially promising in the realm of prostate health, in particular for a condition known as BPH (benign prostatic hypertrophy), which is common in men 50 years and older. The seeds are also high in carotenoids, omega-3 fats and zinc, compounds being studied for their potential prostate-supportive benefits. Zinc also helps guard against osteoporosis of the hip and spine.

Pumpkin seeds, high in phytosterols — compounds found in plants that reduce blood levels of cholesterol — enhance the immune response and decrease the risk of certain cancers. They are commonly added to such foods as butter replacement spreads, but they occur in pumpkin seeds naturally and deliciously.

Compared with anti-inflammatory drugs for arthritis, pumpkin seeds are equally effective at reducing inflammation symptoms in animal studies. However, unlike drugs such as indomethacin — which can damage the lining of the joints and exacerbate arthritis — pumpkin seeds do not have any side effects.

Pumpkin seeds are nutrient-rich — a good source of magnesium, manganese and phosphorus — and high in protein. Loaded with essential fatty acids, pumpkin seed oil helps maintain healthy blood vessels and nerves as well as provide proper lubrication for tissues, including the skin.

There are many ways pumpkin can be included in your diet. It can be incorporated into desserts, drinks, soups, salads and side dishes. But eating it isn’t the only way to improve your health and look younger. The pulp also makes a great all-natural face mask that exfoliates and soothes. The beta-carotene in them helps protect skin from the sun’s wrinkle-causing UV rays. The enzymes in them work wonders to slough off dead surface skin and reveal a smoother surface.

Given the wide ranging benefits of all parts of the pumpkin, this autumn squash proves to have as many possibilities as a jack-o’-lantern’s expression.