Where to Find the
Best Seafood Platters in LA

We can’t think of a better way to enjoy the bounty of the sea than with a seafood tower heaped with oysters, crab, lobster, shrimp and mussels. Check out GAYOT’s picks for the best seafood platters in Los Angeles, presented in alphabetical order. 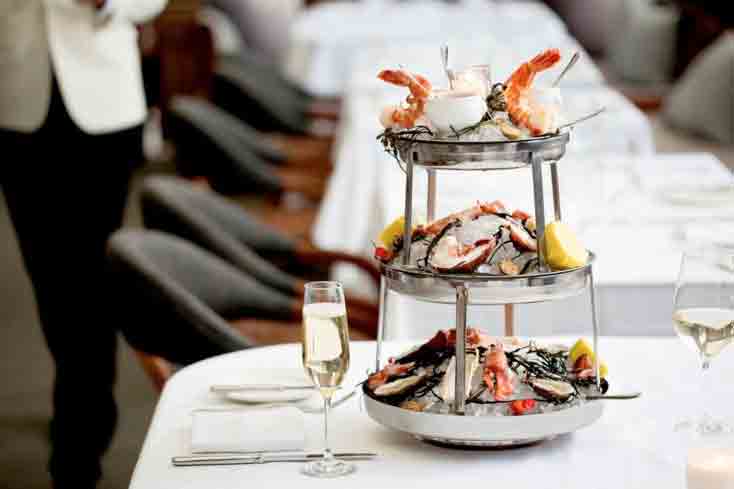 Meat may be the main event at Baltaire, but this Brentwood steakhouse also offers a shellfish plateau laden with oysters, shrimp, king crab and chilled Maine lobster. 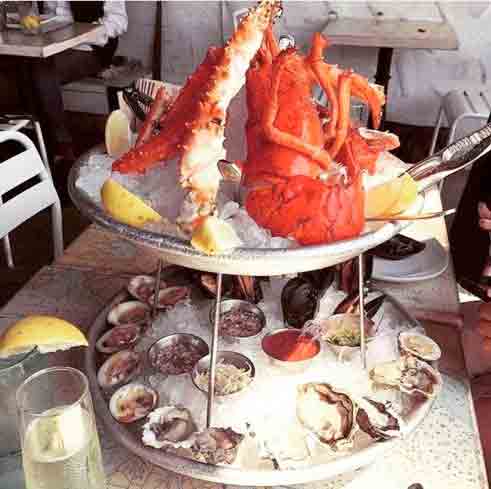 Blue Plate Oysterette‘s seafood tower is loaded with Maine lobster, oysters, prawns and crab legs. (There is also the option to build your own.) Snag a seat on the sidewalk patio of the Santa Monica location and take in breezy views of the Pacific Ocean. 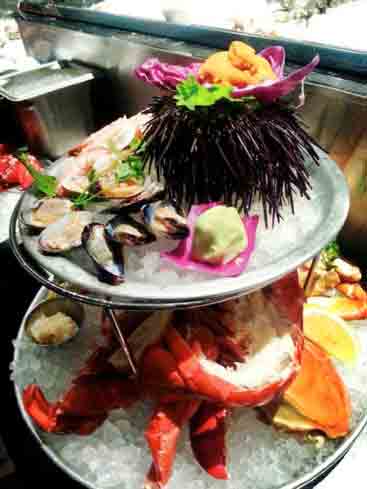 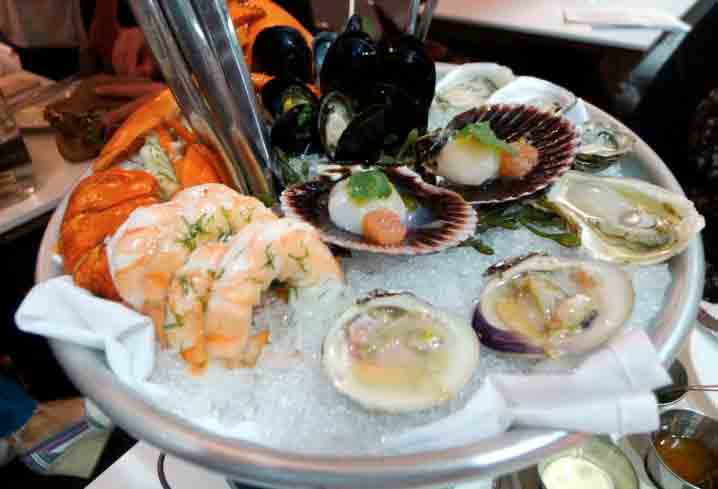 Chef David LeFevre revisits the East Coast fishing nostalgia of his childhood at Fishing With Dynamite in Manhattan Beach. The seafood platters are christened with cheeky names like The SS Minnow and The Mothershucker. 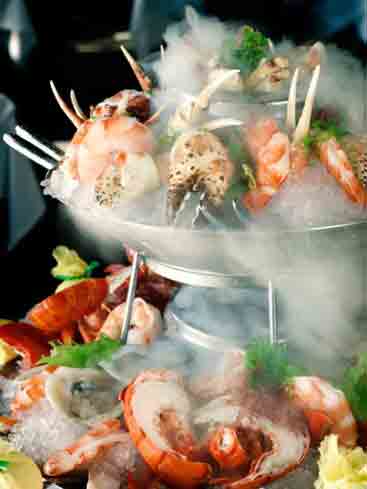 At Mastro’s Ocean Club in Malibu, guests can customize their own iced seafood tower, which is served with a dramatic dry ice effect. 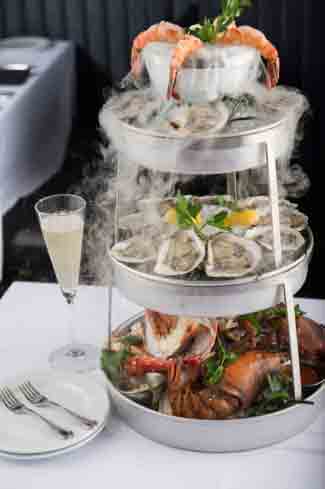 SALT Restaurant & Bar in the Marina del Rey Hotel is surrounded by views of the marina and its yachts. Take a cue from the coastal setting and order the shellfish plateau with lobster, mussels, Mexican prawns, oysters and crab. 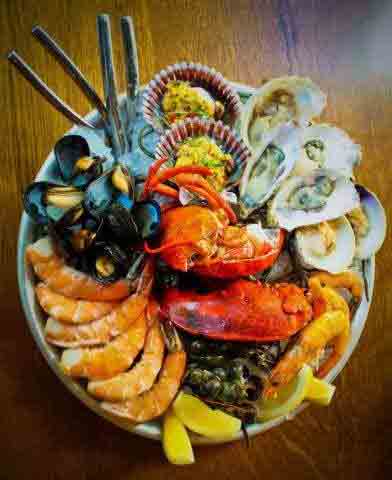