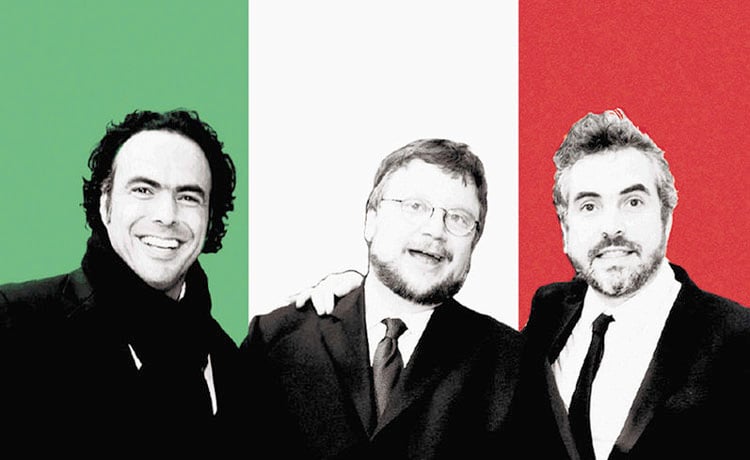 The Best of Latin American Cinema

More often than not, the beauty of Latino cinema lies in the filmmakers’ uncanny ability to capture the essence of everyday life on camera and sharing the rich and nuanced culture of various Latin American countries.

It’s no secret that some of the best arthouse films ever made have been produced in Latin America, particularly in Mexico, so it was no easy task to narrow it down to just 10 movies. However, we invite you to watch these movies and discover for yourself why they remain so noteworthy and timeless.

Alejandro González Iñárritu directs this heartbreaking triptych of narratives that are all connected by a dog named Cofi.

One seemingly inconsequential event leads to another and eventually a tragic car accident brings three different narratives together to create “Amores Perros.” The emotional film about loss and regret is arguably one of Alejandro González Iñárritu’s best works and stars familiar faces in Latin American cinema, including Gael Garcia Bernal who is responsible for the dog that sets the movie in motion — Cofi (Coffee) — and connects each story to the next.

The 1997 novel “City of God” by Paulo Lins and the 2002 film adaptation of the same name were inspired by real-life events: the rise of organized crime in the favelas near Rio de Janeiro, Brazil. Most of the cast of young actors were novices that were hand-picked from these very neighborhoods. The film was nominated for four Academy Awards in 2004: Best Cinematography, Best Director, Best Film Editing and Best Writing.

See what happens when polar opposites collide in this Oscar-nominated film from Cuba.

Fresa y Chocolate depicts the developing friendship of university student David and Diego, a gay artist struggling personally and professionally with the political environment of Cuba in the 1970s. The film, which was based on the short story “The Wolf, The Forest and the New Man” (El Lobo, el bosque y el hombre nuevo) by Senel Paz, was nominated for the Academy Award for Best Foreign Language Film in 1994.

A woman’s journey toward rediscovering herself after working as a maid for 23 years.

Catalina Saavedra has a masterful performance as Raquel, a mid-aged woman who is desperately trying to hold onto the power she has as a maid in La Nana. After working for the same affluent family in Chile for 23 years, Raquel considers herself family, but when new challenges arise she begins to reevaluate her place in the household. So begins a truly hilarious, but also thoughtful script of various characters coming at odds with each other in unexpected ways. There is a beauty in the chaos of this Chilean film as well as a genuine depiction of South American culture that provides appetizing realism in each scene.

Director Alfonso Arua was married to the woman who conjured up this ingenious tale about forbidden love when he worked on the film. Although they divorced a few years later, it was Laura Esquivel, the novelist responsible for Como Agua para Chocolate who helped give the movie so much depth. The main character Tita (Lumi Cavazos) who falls in love with her neighbor, Pedro (Marco Leonardi), is forbidden from ever marrying due to an age-old tradition in their family, which requires the youngest-born daughter to watch after her mother until she dies. Creatively teetering between realism and the supernatural, the film plays to our every emotion as we watch Tita’s angst and sadness unravel onscreen. Things get particularly interesting in the film as she develops special powers to influence people’s emotions through her baking.

A classic Luis Buñuel film from the ’50s highlighting the crime-ridden lives of the young and damned.

Luis Buñuel took an unflinching look at the crime-ridden lives of “the young and the damned” (as the film was known in the U.S.) in Los Olvidados, earning him the Best Director Award at the 1951 Cannes Film Festival. Although the film was not initially well received by some audiences and critics, it has since become appreciated as one of the highlights of Latin American cinema.

A compelling, imagination-tweaking film that will stay in your mind for days after you see it.

Pan’s Labyrinth” is a fascinating film. Writer-director Guillermo del Toro (“Hellboy,” “Cronos”) transports audiences into two very distinct worlds with his story of a young girl’s experiences in war-torn, Fascist-controlled Spain circa 1944. The Spanish, subtitled tale begins as the girl, Ofelia (Ivana Baquero, a wide-eyed dark beauty who gives a luminous performance), travels along with her pregnant mother to the mountainous enclave where her new stepfather commands a force of Francisco Franco’s troops. Using astonishing visuals and paying homage to the myriad fairy tales that have come before, Del Toro creates a fantasy world for Ofelia that transports her from her harsh reality into a place of adventure, magic and even some danger.

A young boy’s obsession with his bad hair opens the window to a host of other problems within the family.

The only thing this nine-year-old boy named Junior wants is straight hair. But his obsession with it not only drives his mother crazy; it also ignites within her a deep-seeded homophobia that she believes is a result of Junior’s fatherless upbringing. The young boy’s love for his mom coupled with his aching desire for “better” hair creates an often hard-to-watch tension between the two. Mariana Rondón captures so much authenticity with her writing and directing, that it will make you feel like you’re intruding on this Venezuelan boy’s life for 93 subtly gripping minutes. Winner of the Golden Seashell Award at the San Sebastián Film Festival as well as Best Film at the Havana Film Festival, Pelo Malo is an unexpected work of art in the indie film world.

Years after retiring from his work as a legal counselor, Benjamín Esposito revisits an unsolved homicide case from his past to inspire a new novel. As he tries to understand the new information coming in, he writes a draft of who he thinks the real murderer is and shares it with his former boss. As he struggles with his feelings for her, which have never faded since he met her, the case unravels before his eyes.

Y Tu Mamá También is the kind of multi-dimensional film that will make you laugh and cry in a span of an hour and 46 minutes. While you intimately follow two teens from Mexico and a much older, beautiful Spanish woman venture to an imaginary beach called “Boca del Cielo,” you will learn about life, love and loss. The film is highlighted by Alfonso Cuarón’s tasteful humor in the midst of a charged sexual atmosphere and dramatic plot line. Though it will make you laugh, there are much deeper layers, like a subtle examination of the social and political fabric of Mexico, but with vibrant gusto for life, fun, love, and yes, sex.