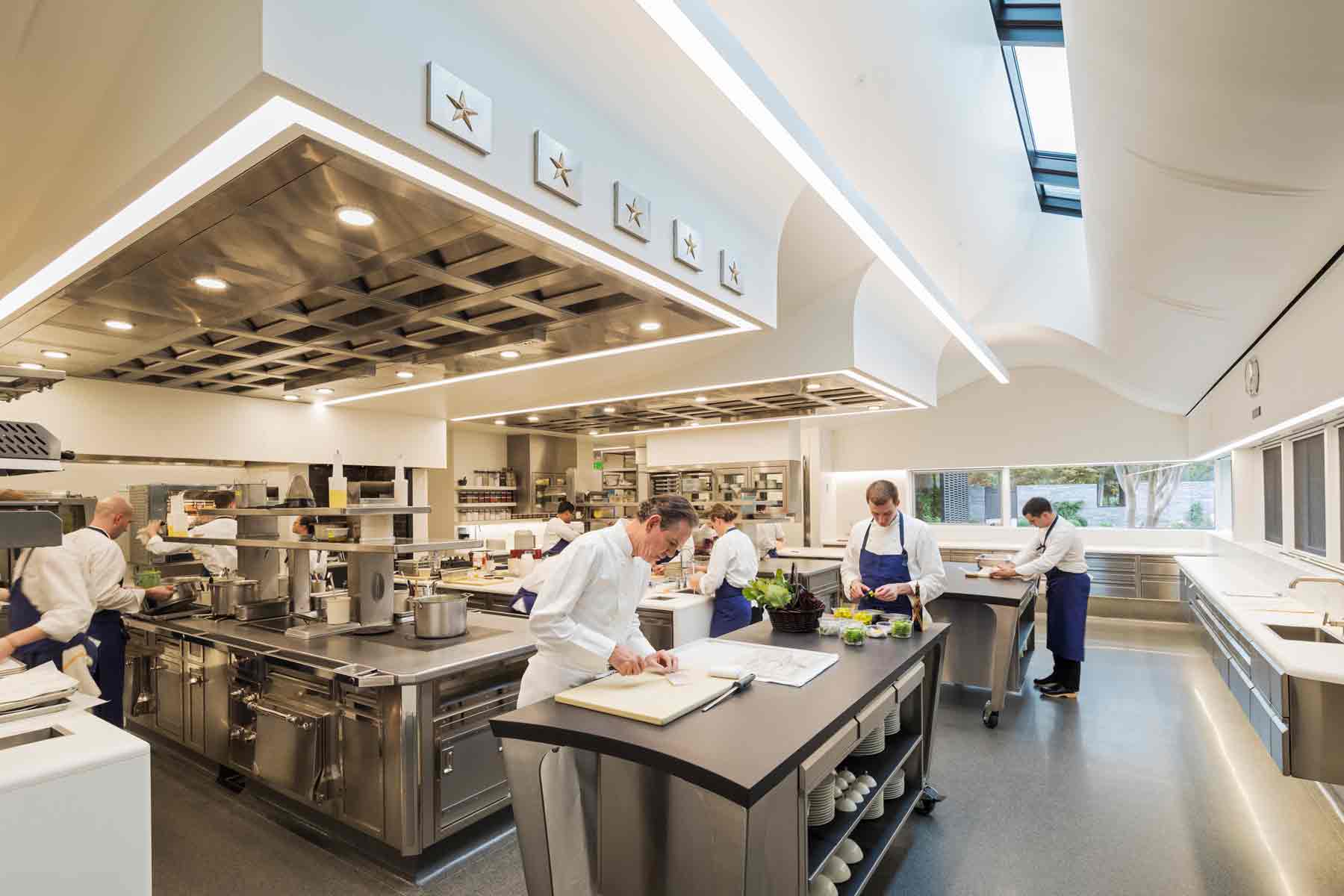 Best Restaurants in America for 2019

As 2019 comes to a close, we reflect on a year of exceptional meals and how they represent the current state of haute gastronomy. In some instances, fine dining has become a more intimate affair, with jewel-box dining rooms accommodating a select number of guests per service. Making reservations can sometimes be a competitive sport!

To please those diners who have parted ways from eating food prepared from formerly living creatures — of course, by that we mean the group (growing larger every day) formed by vegetarians and vegans — more and more chefs are now offering dishes and full menus to accommodate those eating habits, even at the level of the restaurants below.

Chefs have always focused intensely on flavor, but that same care and detail has also expanded to the aesthetic aspects of the experience. We’ve noticed such artistic strides in recent years, from intricate presentations to handmade ceramics to photography that truly captures the creative culinary spirit.

For us, it still always comes down to taste, and we are pleased to honor the best chefs across the U.S. and their dedication to their craft.

GAYOT’s Top 40 Restaurant in the U.S. are presented in alphabetical order.

Chicago’s Alinea stands out as a showplace for the creativity of chef Grant Achatz, who presents culinary wizardry with a playfulness that belies the exceptional quality and presentation of the dishes. The space is elegant and simple, adorned with meaningful artwork and a spotless kitchen with chef’s table.

> Alinea has previously been featured on GAYOT’s Top 40 Restaurants in the U.S. list since 2005.

Chef Dominique Crenn lives for her two passions: cooking and poetry. Her ultra-creative brain combines both — the menu set at the table at Atelier Crenn takes the form of verse. Our question is in what order does she invent? Is it the poem first and then the dishes, or vice versa? We’ve been following chef Crenn for a long time, and she keeps getting better and better over the years — and she got one more point, from our rating of 17/20 to 18!

> Atelier Crenn has previously been featured on GAYOT’s Top 40 Restaurants in the U.S. list since 2016.

Danish chef Ronny Emborg presents an eclectic and exciting 18-course tasting menu at Atera, a diminutive but distinguished TriBeCa restaurant. In the open kitchen, cooks prepare the flurry of small, intricate dishes, which may be complemented by a rewarding wine pairing.

> Atera has previously been featured on GAYOT’s Top 40 Restaurants in the U.S. list in 2018.

Aubergine is an intimate restaurant situated inside L’Auberge Carmel, a luxury inn originally built in 1929 in California’s Carmel-by-the-Sea. Executive chef-director Justin Cogley is behind the beautifully executed cuisine that utilizes top-tier local products, and the wine list is globally sourced and terroir driven.

> Aubergine has previously been featured on GAYOT’s Top 40 Restaurants in the U.S. list since 2014.

Blue Hill at Stone Barns in Tarrytown, New York, strikes a fine balance between traditional charm and modern amenities. A working farm, education center, and bar and restaurant, it is truly unique. Whatever comes out of chef Dan Barber’s kitchen will be prepared meticulously and with invention.

Chef Srijith Gopinathan creates a culinary voyage like no other, mixing Indian flavors he got acquainted with at an early age to California cuisine. It is elegant, precise, flavorful and sometimes playful, like in the Spice Pot (see video above).

> Campton Place Restaurant has previously been featured on GAYOT’s Top 40 Restaurants in the U.S. list in 2005.

Chef Mavro is an experience that elegantly and completely captures the essence of Hawaii. Executive chef Jeremy Shigekane has taken over as owner of the Honolulu fine-dining restaurant, but founder George Mavrothalassitis continues to be closely involved.

It takes a ballet of some 150 professionals to create a dining experience to remember at chef Daniel Boulud’s Upper East Side flagship, located in the space once occupied by legendary Le Cirque restaurant. Chef Boulud hails from Lyon, France, and oversees nineteen restaurants around the globe. He creates and prepares culinary delicacies with, obviously, a winning team composed of executive chef Jean-François Bruel, chef de cuisine Eddy Leroux and executive pastry chef Ghaya Oliveira, without forgetting head sommelier Raj Vaidya in charge of a 25,000-plus-bottle cellar.

> Daniel has previously been featured on GAYOT’s Top 40 Restaurants in the U.S. list since 2004.

• Read the full review of Daniel restaurant.
• Daniel Boulud was GAYOT’s 2014 Best Restaurateur in the U.S.

Venture south of NYC’s Theater District for an evening of epicurean entertainment at Eleven Madison Park. Chef Daniel Humm pays homage to New York, both to its local ingredients and to its longstanding culinary traditions.

> Eleven Madison Park has previously been featured on GAYOT’s Top 40 Restaurants in the U.S. list since 2006.