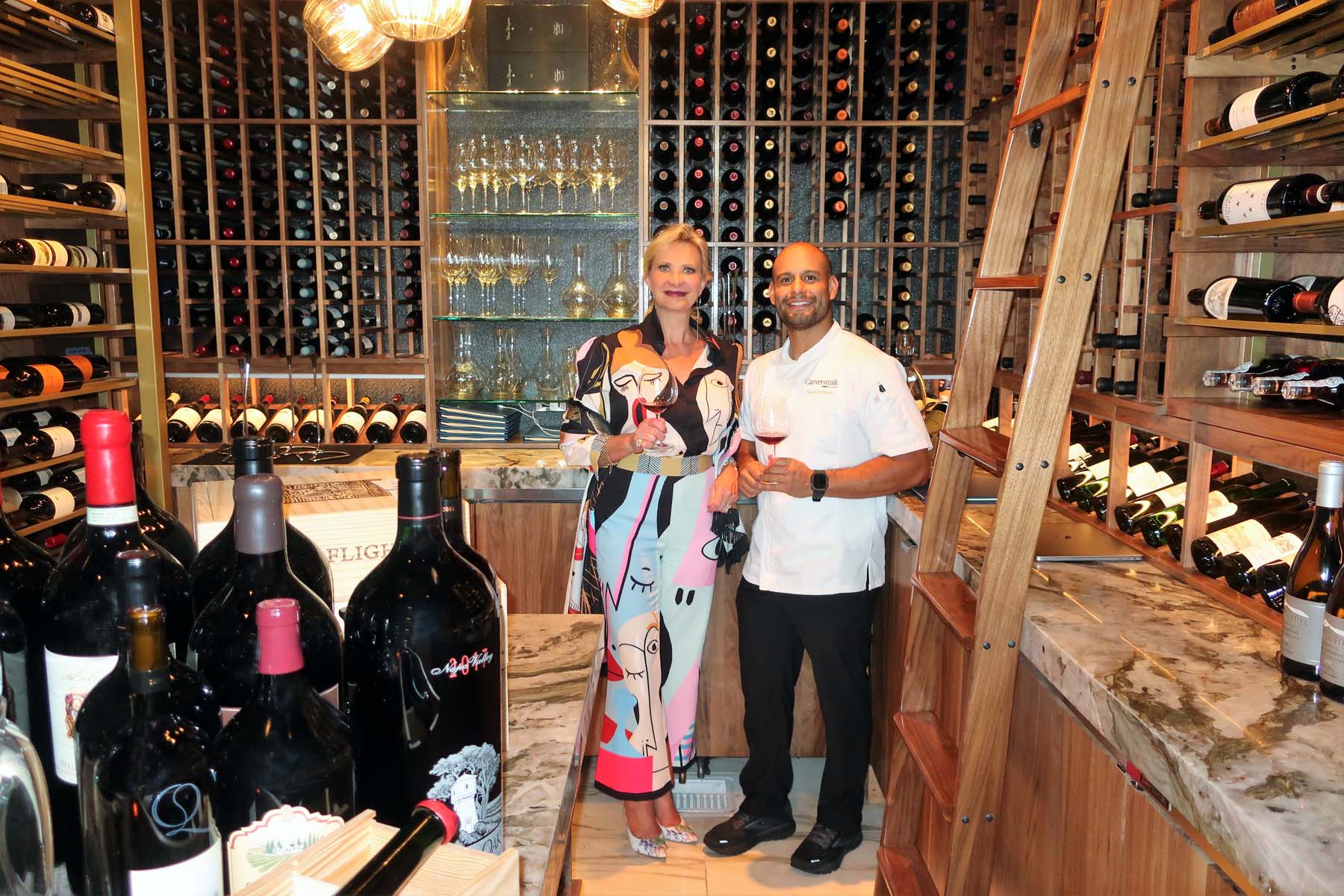 It is quite impressive to witness how steakhouses have evolved. I feel there are now two types: the ones serving steaks with no particular attention to what is around the meat; and the others, where the cuts are king, but the rest are princesses and princes. Carversteak belongs to the latter category.

This is made possible by the culinary skills of executive chef Daniel Ontiveros. With his past experiences (none the less than Joël Robuchon, Thomas Keller, Michael Mina, David Myers), the operators of Carversteak made a very good choice in putting Ontiveros at the helm of the kitchen.

Since the meats are the not-to-be-missed pièces de résistance, I highly recommend you diversify the dinner with appetizers such as the Yellowtail Sashimi, Big Eye Tuna Tartare and the Lobster Rolls after savoring the Caviar Poppers. There, you immediately feel what Ontiveros is capable of delivering between the presentation and the tastes. Even the ubiquitous Heirloom Tomato & Burrata is a salad you should share at the table.

I did not get to try the Lobster En Croûte served with a lobster-Cognac cream, though I did see it and it looks quite delicate. But after all, I came for the carnivore experience. There are two filets (mignon and bone-in), three aged cuts, a 42-ounce Tomahawk ($260) and Wagyu sourced from three different origins. Of course, expect the traditional Japanese A5 Miyazaki Wagyu, a sirloin weighing 5 ounces for $275 (but it is accompanied by black garlic-mirin mushrooms, yuzu kosho, shishito peppers and tare). Enjoy selecting one of the five knifes showcased in a wood box. Sauces are extra, but the meat served is of such quality, do we really need other flavors interfering? The sides are rather classic, such as Mac & Cheese Gratin or Sautéed Spinach. Desserts are not a forte, but after these elegant savory dishes, it does not really matter (Cookie Monster, Ice Cream Sundae).

Stroll around the restaurant with its different sections creating different atmospheres. Stop in front of the impressive wine cellar that houses liquid treasures mainly from France, Italy, Spain and California (the video below was filmed inside of it).

> Scroll down the food photo gallery for the décor photos.