All the Rage About Loiseau 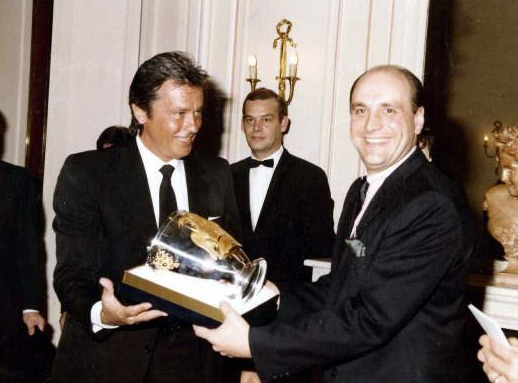 Why people commit suicide remains a deep mystery. One should not dare to attempt to explore the hidden aspects of a human being. In this particular instance, we don’t want to be the prosecutor nor the advocate of anyone and particularly not of GaultMillau with which we severed all relations years ago for reasons that are exposed hereafter. Let’s try to remain objective and stick to the facts, for they speak for themselves:

1986: In the GaultMillau Guide to France, published in New York by Crown Publishers in 1986 and directed by André Gayot, almost an entire page (p. 518) is devoted to La Côte d’Or and its young chef Bernard Loiseau. The review is hyperbolic and the rating stellar: 19/20. In previous years, Loiseau had already received a very high rating of 18/20 from GaultMillau. For years, they had watched and highlighted the progress of this intriguing chef and the birth of a great house.

This leaves little doubt that GaultMillau were the ones who crowned Loiseau, five years before Michelin. They discovered and distinguished, as well, most of the French (and international) talents who later reached stardom status.

This explains GaultMillau’s enormous success in the seventies. As an American journalist put it recently: GaultMillau has revolutionized the way the world eats today. Yves Bridault, André Gayot, Henri Gault, Christian Millau, who were all journalists and had been working together in the Paris daily press, founded GaultMillau in 1969. Nobody can question the fact that GaultMillau greatly helped Loiseau in his climb to the top.

The power of GaultMillau was indeed considerable across the entire world of cuisine. The South China Morning Post wrote about the GaultMillau/Gayot guide to HONG KONG released in September 1989 by Prentice Hall of New York: “GaultMillau the French restaurant and hotel reviewers are known as THE authority on the subject. The guide’s provocative and frank reviews of some of the territory’s top names are certainly what they claim to be.” GaultMillau (produced in English by André Gayot) was then at its Zenith: it had then become an international brand and a necessary reference guide.

What should be the role of such a powerful tool? The Orange County Register gives the response: (about The Best of Los Angeles GaultMillau/Gayot guide) “Most travel books make nary a ripple when they are released. GaultMillau hits the front page. GaultMillau guidebooks are known for telling it the way it is—or the way they see it—flattering or not about hotels and restaurants. But the guides are at their best when they are deflating what they perceive to be pompous, overpriced restaurants coasting along on reputation alone.” Here we go! This is the function of a guidebook: discover, support talent and good work, but also blow over inflated hot air bubbles when necessary.

This is all good and well, as long as the authors of the guides are competent and trustworthy. Does this apply to the current GaultMillau operation? Many serious food critics in Paris doubt it. None of the four founding fathers participate to any degree in the research or the publishing anymore. They are long gone. Gayot Publications, which introduced and promoted GaultMillau in the U.S. in the eighties, has severed all relations with the French GaultMillau company. The ownership of GaultMillau has changed hands five times. Different editorial teams have succeeded one after the other trying to implement new approaches and new formulas, all resulting in the disorientation of the public and of the hospitality industry. The GaultMillau magazine discontinued its regular publication last December after a longstanding decline in its circulation. GaultMillau has lost most, if not all, of its luster, and the chefs, although they are grateful for the role GaultMillau played in the past, are no longer attentive to its opinion because they don’t recognize its identity. Those who researched, edited and directed the last 2003 Guide de la France are unknown in the industry and in the circle of food critics. At any rate, no one of a sufficient stature is holding or even behind the prestigious GaultMillau banner. The name was bought two years ago by a billionaire (the sixth owner) who resides in New Caledonia, from where he exploits nickel mines, supermarkets and vineyards in different parts of the world. He has hired and fired three directors, dismissed the entire editorial team and farmed out the preparation of the annual guidebook to a small entity run independently by a math teacher. These are facts known to the entire profession. Loiseau knew these facts so well that in his recent interviews he did not even mention GaultMillau as a possible factor in his current success or disgrace. No serious observer in the world of gastronomy, including Loiseau, would grant any credit to GaultMillau’s move to slash two points off Loiseau’s wreath, nor to edict that Veyrat was the embodiment of perfection on this planet. As fragile as he is said to have been by his own wife, Loiseau could hardly have found a motive for suicide in this childish public relations gimmick. Troubling also is the confession made by Loiseau to a journalist, J.-P. Géné in January 1991, and published in “Le Monde” this week: “Not so long ago, I placed my gun under my chin ready to pull the trigger. My maître d’ was stealing and my wife cheating. Isn’t that enough to blow your head off?”

There’s no unanimity among the chefs. Paul Bocuse and the Union of Haute Cuisine (Chambre syndicale de la haute cuisine) wages war on guides and food critics, but Alain Ducasse, also a prominent member of this organization, disagrees and has resigned.

So, why is the media up in arms, pointing fingers at a sheepish GaultMillau? The reaction seems to have been hasty, based on emotion and not on sure facts. Indeed, the accusation lies on the alleged strength of GaultMillau, possibly because of an Associated Press dispatch of February 26 asserting “That guide has gained in prestige and power in recent years.” But why, since the reality is exactly the opposite? Who verified this point that turns out to be so crucial? We read the same wrong statement in other major publications stemming most likely from the same source. Then the deduction is obvious: powerful guide pushes restaurateur to suicide. The problem with this logic is that in reality the guide no longer has power; no one cares, starting with Loiseau, who on the other hand, most likely knew that he was going to retain his three Michelin stars, which was all that mattered to him. Even if he had lost a star, chefs gain and lose them, like his neighbour Marc Meneau of L’Espérance in Vézelay who lost a star and is still doing well. Not taking the time to investigate thoroughly, also induces the media to quote a declaration by the current director of GaultMillau, not knowing that he has no pedigree to elaborate on the topic. In fact, he has only been in charge for a couple months and has apparently no background in food writing.

What incited Loiseau to pull the trigger of his gun at that fateful moment? Nobody can dare say. Finding an available scapegoat is too simple of an explanation.

At least, please let the steam dissipate before starting the prosecution.