With Joshua Whigham at The Bazaar by José Andrés 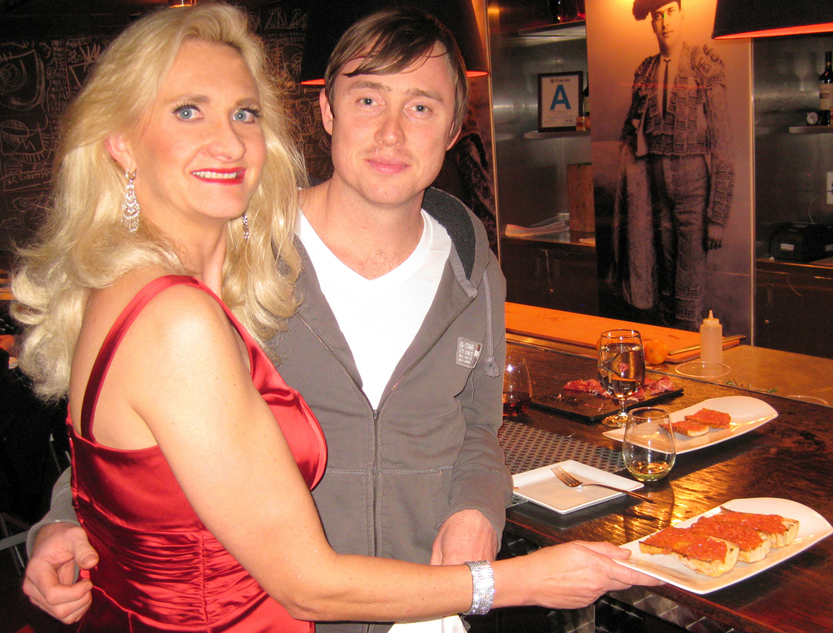 Last night, after an event in the ballroom of SLS Hotel at Beverly Hills, I dropped by The Bazaar by José Andrés. I found executive chef Joshua Whigham eating at the bar counter at the Rioja side.

He wanted to try his food while sitting at the restaurant and not standing in the kitchen. My timing was perfect as I got to try dishes with him! Chef can be reassured I’ll be back.