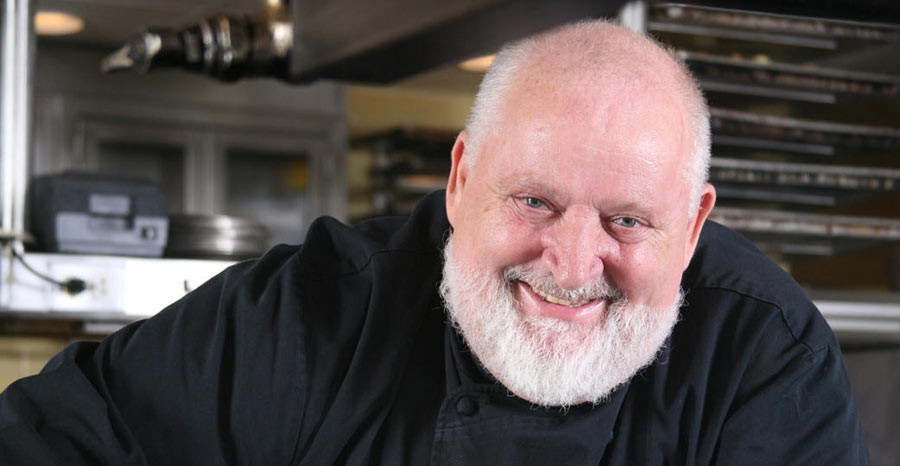 It is a sad day not only for the gourmets and bons vivants of the world but also for the all the life-lovers because chef Michel Richard, who died today at 68 in Washington, D.C., was the incarnation of the “joie de vivre”.

He discovered his vocation at a young age when he was accepted as a “commis” (apprentice) in charge of the toughest and unrewarding jobs in the kitchen of a local restaurant of his native Brittany. Stemming from a humble and poor family, abandoned by his father, he wanted to spare to the others the hardships he had been through or at least bring to them a moment of joy. In his juvenile but already mature mentality he found that magnifying and enhancing the basic nutrition of the deprived ones would be the way to make their life happier.

It remained the goal of his life. He climbed all the steps to celebrity, with modesty streaming his pleasure over the public. Polishing his skills with Gaston Lenôtre, who then reigned over the modern French pastry, he opened a Lenôtre shop in New York. That was the start of his triumphal and sometime chaotic international career.

In Los Angeles his pâtisserie sparked a craze and traffic jams around its location. But the world of sweetness was not enough for him to express all his talent. He had much more to say about food. For that, he launched Citrus in Los Angeles which became the Mecca where the Nouvelle Cuisine met America. He displayed the many facets of his immense talent, never satisfied constantly inventing new dishes, renewing permanently his preparations with subtle touches.

I have watched him one night leaving our table to elaborate with an astounding virtuosity a simple potato into a culinary chef d’oeuvre. Then I felt passing the puff of genius.