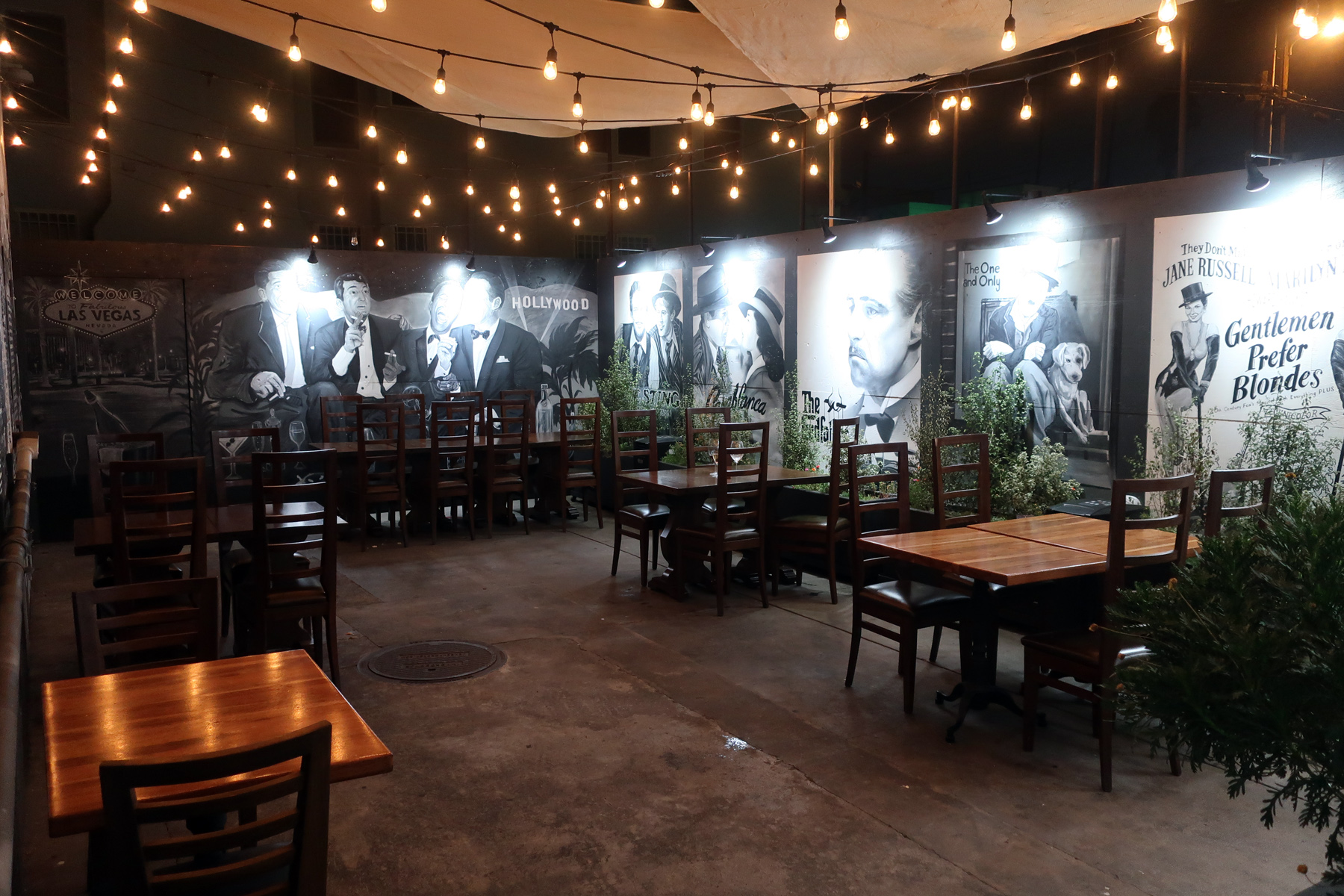 Some restaurants have put lots of thought into how to best host diners during the Coronavirus health crisis. While their priorities are to respect social distancing and protect personnel as well as the customers, some have also gotten original ideas.

Chef/owner Michael Simhai of Della Terra restaurant in Los Angeles is part of that creative group. Like many, he has transformed the parking lot into an outdoor dining room where sitting around your table you would have no clue that this space used to park cars. Simhai got the idea of paying homage to the movie capital of the world. An artist came to paint the walls in black and white portraits and posters of some Hollywood classics — his three-day job turned into one month.

Before dinner, I sabered a bottle of Champagne to celebrate the opening of the patio and its stars.

Now, sit back and enjoy some Italian cuisine, paired with the extensive wine list.

> Watch Chef/owner Michael Simhai describing the salt-encrusted wood oven roasted branzino, and the branzino getting prepared to be served in the kitchen.