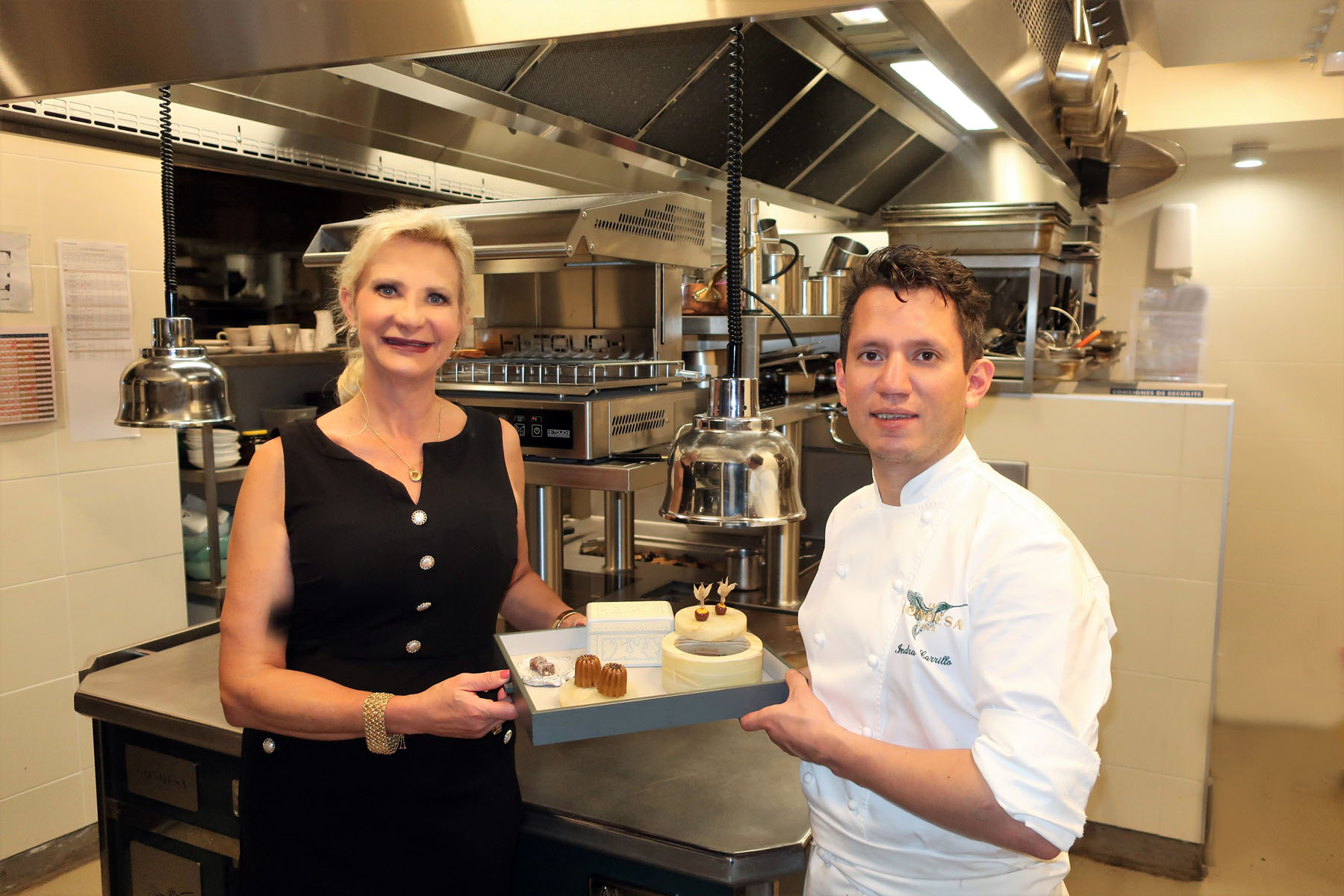 With the designation of his Parisian restaurant, chef Indra Carrillo is paying tribute to his childhood neighborhood in Mexico City. Named after María Magdalena Dávalos de Bracamontes y Orozco, the Countess of Miravalle, it is quite hip and is home to many restaurants, bars and nightclubs, exposing Carrillo to culinary matters at a young age. But he must have had strong gastronomic visions (and guts) to come rub his knives in France, a country where food is, with no contest, a true art, a lifestyle, part of France’s reputation worldwide, and where gastronomy is pushed to its apex.

From the kitchens of the nine countries he worked at, and with a diploma in his apron from Institut Paul Bocuse, Carillo, as the colibri (hummingbird) that used to swirl in his native home (and is part of his logo), wanted to sing and fly solo. In 2017, he opened his own nest in the ninth arrondissement of Paris. Before that, to complement his knowledge, he did apprenticeships in bakery, chocolate making (none the less than at Bernachon), meats, charcuterie and fish.

Considering, the design of the three different sections of the restaurant and the attention to the decorative details, I am wondering if he did not also obtain a degree in design. Yes, he had an architect along with him, but after talking with Carillo and seeing him officiating in the kitchen and at my table, I cannot help thinking that the result is an accurate interpretation of his meticulous “arts de la table” thoughts. It feels that nothing was lost in translation. The entrance is unusual. First, from the street you can glance at the kitchen and its ballet of chefs. Second, you have to ring a bell, so one of the staff members can let you in the 34-cover dining temple. Third, there is no foyer; you are directly entering into the chef’s table facing the kitchen, where the walls and the table are made of onyx. This is my favorite part of the restaurant, and where I ended up embarking on Carillo’s culinary voyage with an eight-course menu ticket. Warmth is given to the modern and sleek environment by the green velvet fabric covering the chairs and banquettes.

To ensure the highest freshness of the ingredients, most of Carillo’s dishes are market-driven. But sometimes, his imagination does reverse engineering: he wants to play with a specific plate (nearly all of them made exclusively for La Condesa) or wine and creates the dish for a perfect presentation or wine pairing. The assemblage of the various foods and sauces is very carefully curated and balanced. If you were to ask for substitutions, you would most likely alter the integrity of the dish (so may I suggest you don’t). When reading the description of the items on the menu, it is easy to see that it encompasses the different gastronomic cultures Carillo has experienced in the four corners of the world. It could seem to be a simple tour de main (trick), but it is actually more of a tour de force.

The culinary compositions are brought to your table by the chefs themselves. They are eager to share their passion with you, and narrate what you are about to taste. It would be too long to describe all the dishes (see the video and photo gallery below), so let me pick the top three:
– the Oeuf de l’espace amuse-bouche, daikon, pear sorbet and flax seed crumble might as well be an entrée. It is light, airy as a feather and sensual;
– the Champignons en 3 façons (Mushrooms 3 ways) that includes a bouillon of roasted smoked mushrooms will not be forgotten;
– in the Pigeon mariné au miso, the Japanese influence is obvious. It is cooked on charcoal, accompanied by red cabbage and seasoned with sesame oil and kombu.

The two desserts I had, Courge colinchi en différentes textures (butter squash) and the Avoine, rhum, café (oats, rum, coffee), are like your children: you don’t choose, you love them all. Of course, the chocolate bonbons are homemade. I also need to mention the 250 different wine labels from France, Italy, Portugal, California and South America, with attention brought to biodynamic methods and rare varietals.