Caviar and Much More… 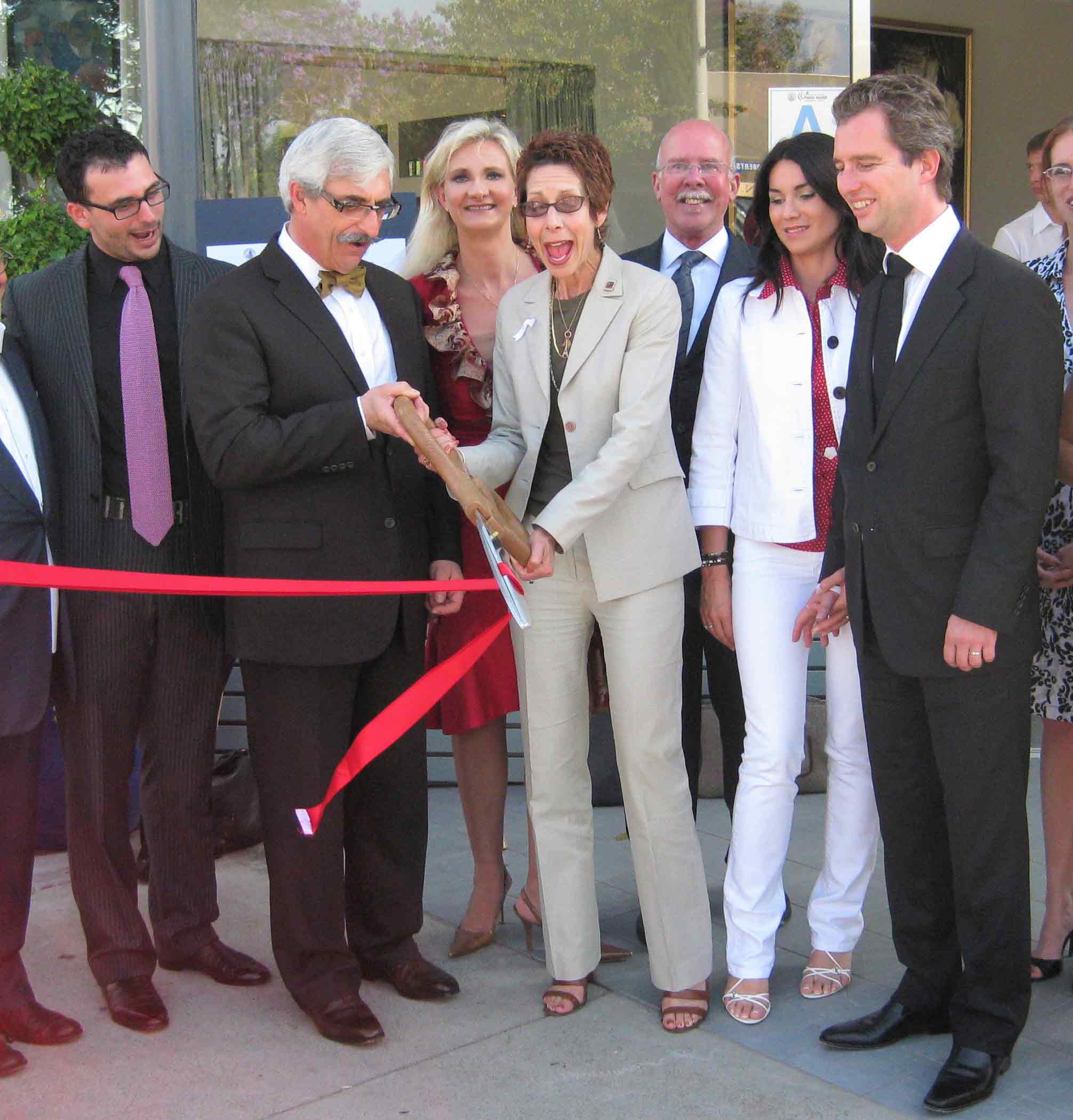 After months and months of remodeling, the West Hollywood Petrossian Paris Boutique & Restaurant finally reopened last night. Armen Petrossian and his son Alexandre made the trip from Paris to unveil a totally new space, where the boutique and the café each now have their own dedicated space.

The mayor of West Hollywood, Abbe Land, held the scissors for the red ribbon ceremony, also attended by the French Consul General David Martinon, and his wife Karen. Petrossian farm-raised American caviar, paired with Champagne, disappeared as soon as it came out of the kitchen.

Petrossian Paris was established by Armenian brothers Melkoum and Mouchegh Petrossian. The two were the first to introduce caviar to Paris, then to the rest of the world after fleeing Russia for the City of Lights in the early 1920’s. Today, Petrossian Paris offers an array of packaged goods including their signature smoked salmon, a variety of smoked seafood, fine chocolates, mustards, olive oils, specialty vinegars and fruit preserves along with the comprehensive collection of Petrossian caviar. You can find Petrossian boutiques, restaurants and cafés in Paris, Monaco, New York, Las Vegas, West Hollywood and at the Tom Bradley Terminal at LAX.