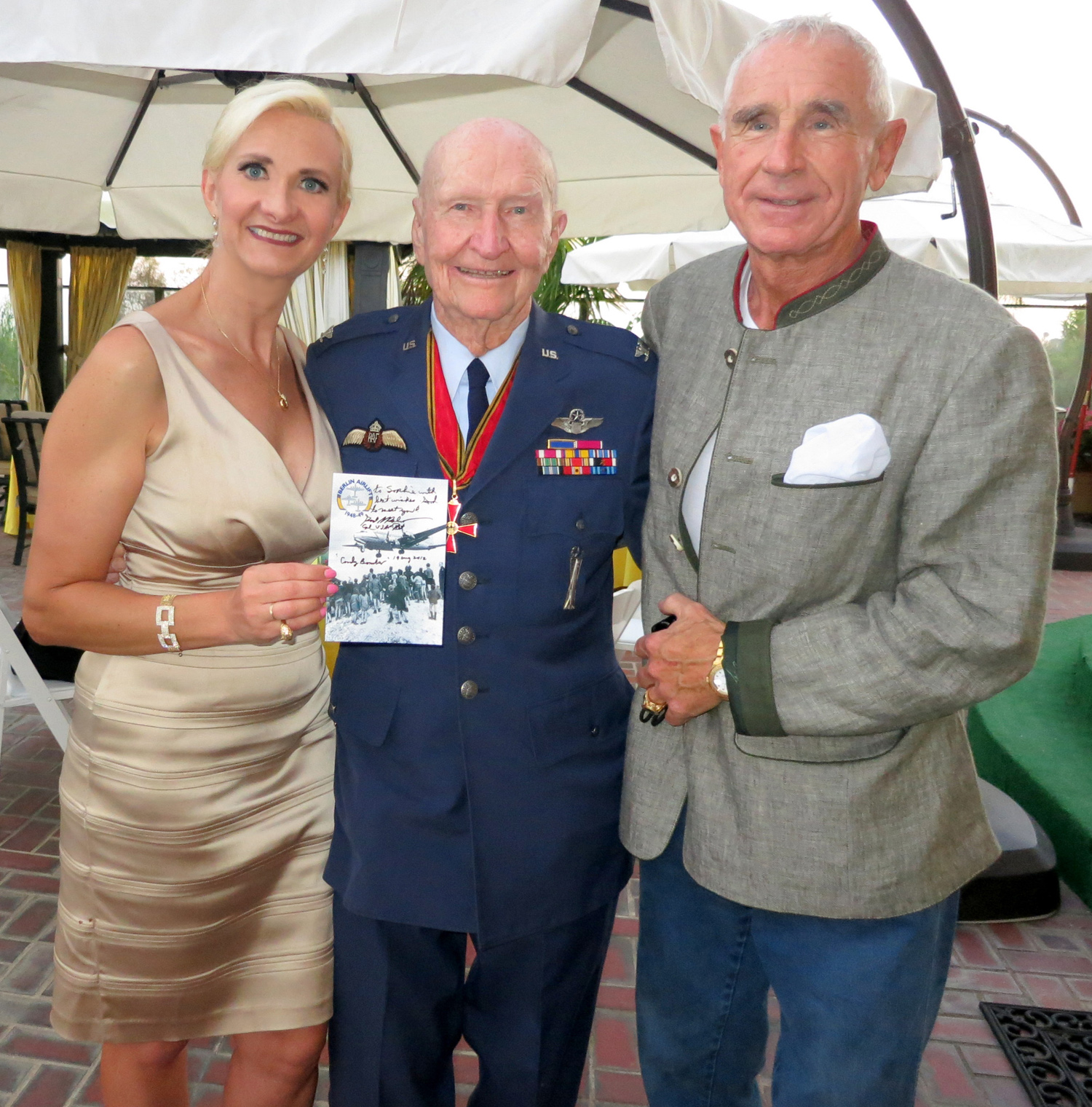 At Zsa Zsa Gabor and Prince Frederic von Anhalt’s 26th wedding anniversary party held at their Bel-Air estate last week, Veuve Clicquot Champagne was flowing (watch me sabraging a bottle), as well as Stella Artois beer to pair with potato latkes topped with crème fraîche and caviar, Hungarian goulash, spätzle, sausages, German wieners (I had mine with mustard), and the famous roast beef sandwiches with horseradish sauce from Lawry’s The Prime Rib.

Among the guests were TV personality Wink Martindale, actress Irina Maleeva, and billionaire John Paul DeJoria. On behalf of the Mayor of Los Angeles, City Councilman Tom LaBonge presented retired Colonel Gail S. Halvorsen, the hero of the Berlin Air Drop, a Letter of Commendation. Known as the “Candy Bomber,” he dropped over 26,000 pounds of chocolate, chewing gum, and other candies to children during the siege, as he was saddened by seeing them during a time of uncertainty and privation. As they were many planes flying over the zone, he would wiggle the wings of his aircraft to identify himself, and became known as “Onkel Wackelflügel” (“Uncle Wiggly Wings”).

For more than an hour, I got to sit with the 91-year-old Halvorsen. He is the sweetest man. If we were all like him, the world would be a better place. German Consul General of Los Angeles Dr. Bernd Fischer, introduced by CBS radio host Frank Mottek, was very happy to see that the people of countries once divided by war are all friends now.

Speaking of sweet, Maria Cardoza-Pleasant of “Sumthin Sweet” provided a four-foot anniversary cake that we enjoyed after Prince von Anhalt and Zsa Zsa Gabor received their own Letter of Commendation.