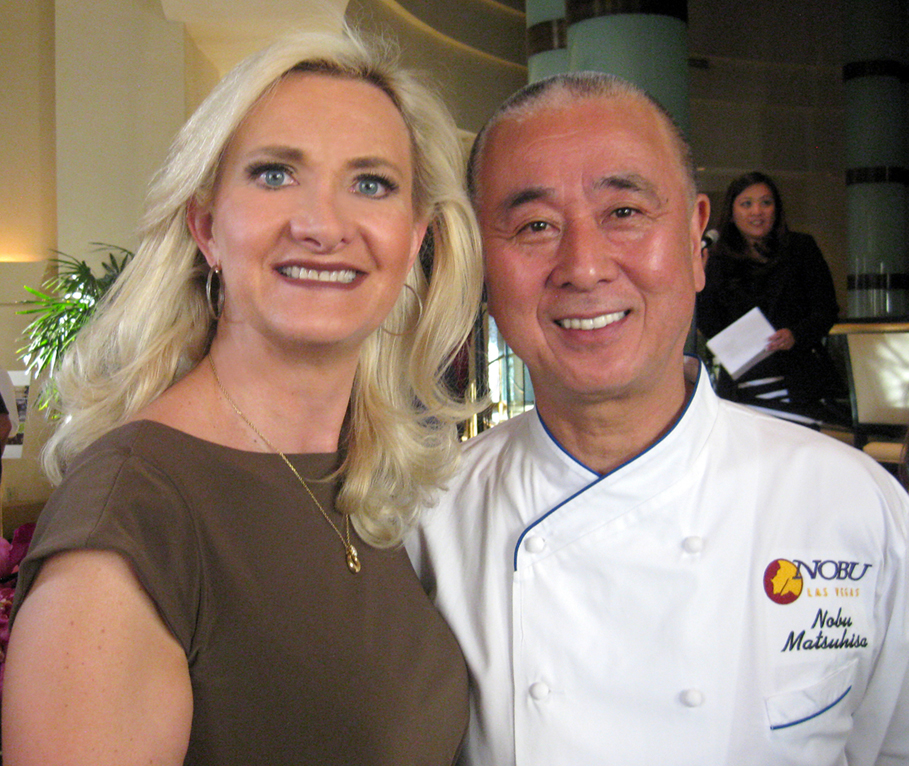 Chef Nobu Matsuhisa and his partners Robert De Niro and Meir Teper like to keep themselves busy. So after opening two dozen signature Nobu restaurants around the world, they have partnered with Caesars Palace to open the first Nobu Hotel along with their twenty-fifth restaurant.

Since the trio has had a long history with designer David Rockwell and his firm Rockwell Group, Rockwell is in charge of both Nobu Hotel Caesars Palace and Nobu Restaurant Caesars Palace.

Watch my exclusive video interview with chef Nobu Matsuhisa to get a first glimpse of the 180-room luxury boutique hotel and the 12,775 square foot restaurant that will accommodate 327 diners, slated to open later this year.