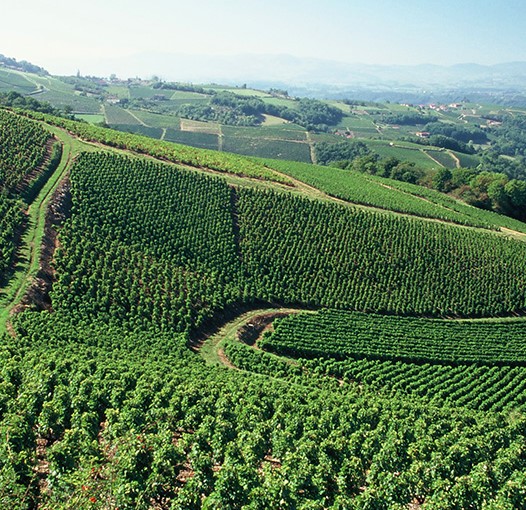 At one minute past midnight on the third Thursday of each November, Beaujolais releases its highly anticipated Beaujolais Nouveau wines to the world. As far back as the 1800s, Beaujolais growers and winemakers would gather to celebrate the end of the harvest by toasting the vintage with some of the young wine produced that year. During this time, barkeepers and restaurateurs from Lyon, the biggest city in France close to the Beaujolais region, had been in the habit of buying barrels of this new Beaujolais wine that had been made in September and ready to serve in November. This once local tradition expanded to Paris in the mid-20th century, and each year winemakers raced each other to see who could get their Nouveau wines to the city first.

In 1938, regulations were put in place to restrict the where, when and how of all this carrying on. After the war years, in 1951, these regulations were revoked by the region’s governing body, the Union Interprofessionnel des Vins de Beaujolais (UIVB), and the Beaujolais Nouveau was officially recognized. The late Georges Duboeuf, one of Beaujolais’ best-known wine producers, elevated Beaujolais Nouveau Day to a worldwide phenomenon in the early 1980s, and in 1985, the official release date was changed from November 15th to the third Thursday of November.

The hand-harvested Gamay grapes used for Beaujolais Nouveau come from the flat, southern part of the region, and when the grapes arrive at the winery, they undergo carbonic maceration, a technique that yields light-bodied, fruity wines with light tannins. Not intended to age, these wines are best enjoyed within six months of release.

Georges Duboeuf Beaujolais Nouveau 2020 is mainly sourced from the southern part of the Beaujolais region, which is a patchwork of soil types ranging from sand to granite and schist. Traditional semi-carbonic maceration lasts from four to six days and malolactic fermentation is fully conducted in stainless steel tanks.

The wine has a brilliant garnet color with a touch of purple. The nose provides vibrant strawberries with a hint of bananas. The palate shows bright red and black fruit, spice, very light tannins and good, juicy acidity.