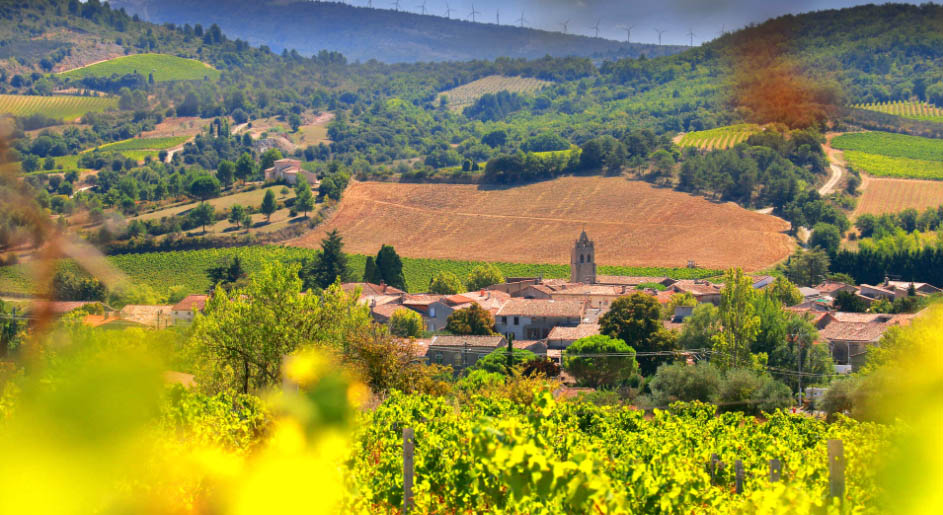 > FACTS
The AOC Blanquette de Limoux comes from AOC Limoux and is located in the same appellation area, in the South of France, 40 miles from Carcassonne, along the upper valley of the Aude river between the Chalabrais and Lacamp plateaus to the East. The first vines were introduced into Limouxin by the Greeks in the 5th century B.C. It was in 1531 that the first sparkling wine was produced by the monks of the Saint-Hilaire Abbey, a century before the birth of Champagne.

The vineyard covers 41 villages over an area of 3,400 acres which produces 40,000 hectoliters per year of Blanquette de Limoux. The soils are composed of light and stony clay-limestone material. The natural protections of mountains, which surround the appellation area on three sides, limit maritime influences and give it a climate between oceanic and Mediterranean. The sparkling wines of this appellation are distinguished from the AOC Blanquette ancestral method by the presence of Chardonnay and Chenin Blanc grape varietals in addition to a minimum of 90% Mauzac. Blanquette de Limoux is available in brut, semi-dry and sweet dosages. The wines are marked by aromas of stone fruits and flowers, honey and green apples (due to the massive use of Mauzac).


> THE WINERY
A few miles from the famous city of Carcassonne, the J.Laurens estate extends over more than 90 acres on the edge of the small village of La Digne d’Aval in the middle of the AOC Limoux. The winery was started in the eighties by a man from Champagne steeped in the great tradition of sparkling wines, Michel Dervin. In 2002, Jacques Calvel took up the torch and decided to expand and modernize the cellars in order to guarantee the quality of the wines established by his predecessor.

This Blanquette shows a pale straw color with persistent effervescence and bright notes of crisp apple, citrus and orange blossom. The palate unfolds more apple flavors with a hint of Asian spices all wrapped into a lively, creamy finish.