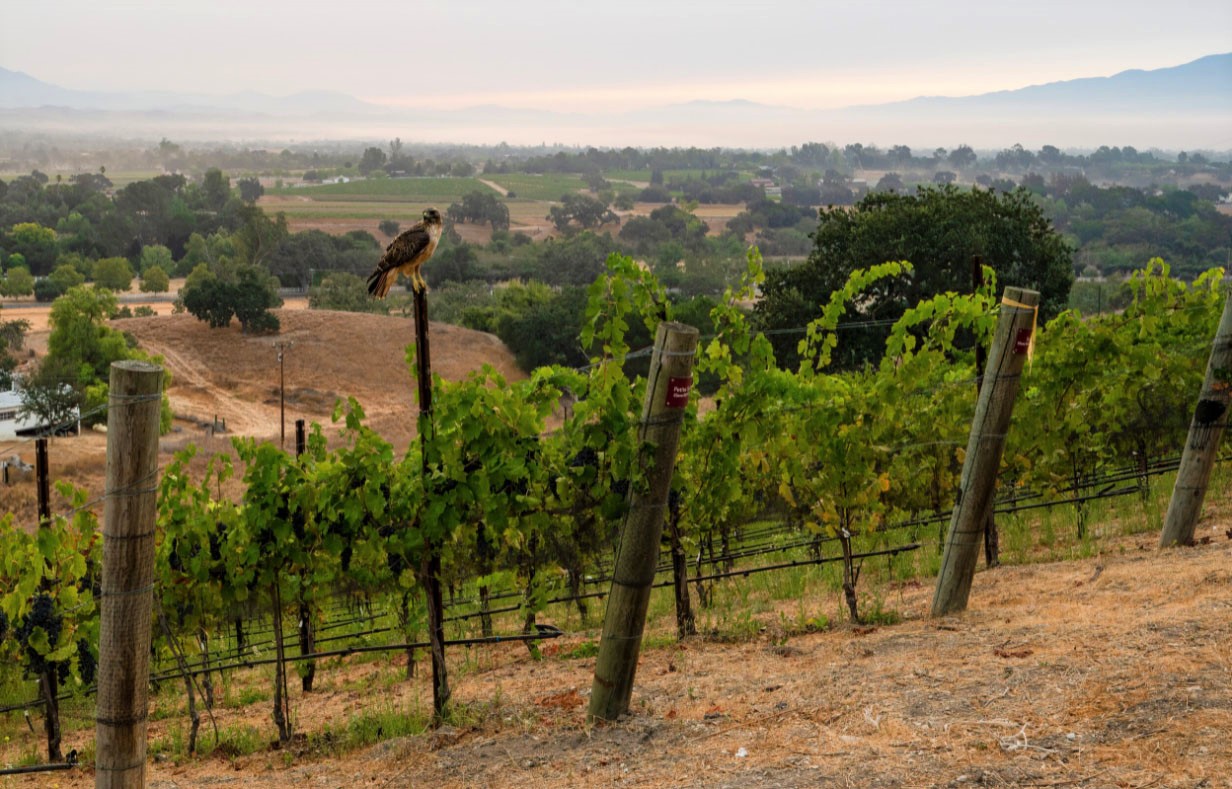 > FACTS
Cabernet Franc is one of the oldest grape varietals in Bordeaux where it complements Merlot and Cabernet Sauvignon, mainly in the Saint-Émilion, Fronsac and Pomerol appellations. It is also found in the Loire Valley where it is used in single varietal wines such as Bourgeuil and Chinon. Besides France, it is cultivated worldwide in Italy (Friuli), Spain, Hungary, Romania, New Zealand and the United States (California, Virginia, New York and Washington).

Cabernet Franc is a parent, together with Sauvignon Blanc, of the Cabernet Sauvignon grape as well as a parent grape to Merlot and Carmenère. It develops less color than Cabernet Sauvignon. When grown on clayey-sandy soil or tuffeau chalk (Loire Valley), it gives a wine with aromas of tobacco, raspberry, blackcurrant and violet. On other soils, it can develop peppery notes. It produces balanced wines with soft tannins and controlled acidity.

> MYTHOLOGY
In Persian mythology, the Cup of Jamshid is said to contain the elixir of immortality. According to an ancient Persian legend, the history of wine began almost 7,000 years ago with a beautiful princess who lost favor with the mythological King Jamshid. Overwhelmed with pain and sorrow the princess tried to poison herself by drinking juice from a jar filled with spoiled grapes. After experiencing the juice’s intoxicating effects, she fell asleep. The next morning the princess awoke, and she discovered she no longer felt depressed but rejuvenated instead. Thereafter, King Jamshid shared this wonderful finding with his entire court and decreed that all grapes grown in Persepolis would be devoted to wine making.

The wine displays a deep crimson color. The nose reveals plum, black cherry, tobacco, Asian spices and green peppercorn. Some of these aromas also show up on the palate in addition to a balanced touch of oak with vanilla and fine-grained tannins. The wine is medium bodied and could benefit from a few years of aging.