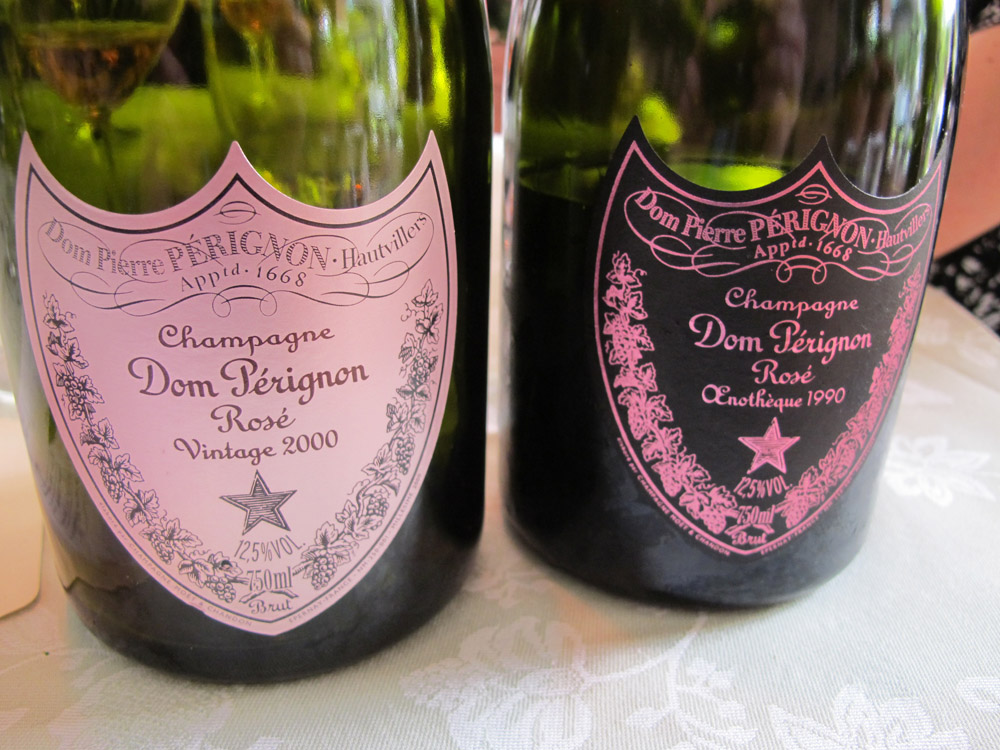 Every once in a while we have the chance to catch up with Richard Goeffroy, Chef de Cave extraordinaire at the fabled Abbey of Hautviller’s Dom Pérignon and France’s master Champagne producer. Real life people like Marilyn Monroe and fictitious characters such as James Bond have loved and publicized DP since the 1950’s, and we’d like to continue that tradition humbly.

It’s a rather easy task, however, considering the products we sampled during a “casual” lunch: we’re talking lobster and foie gras at the Polo Lounge in Beverly Hills with Richard and Dom Pérignon Ambassador Nicole Ruvo. The entire experience was magical and ethereal and priceless considering the company and the two bottles we sampled.

If you have to ask, the 1990 Oenotheque, which we “compared” to the 2000 Rosé, retails for around $1,000, and the latter for $400. So what’s the big deal? It turns out that the 1990 happened to be Richard’s first year at the house and that the last 20 years in the cellar have given the beverage a chance to express its layered complexity with a convincing color and superb bouquet of exotic fruits and sweet spices.

Still extremely fresh and expressive, this is a wine you may enjoy sipping slowly, but it went very well with the lobster. Each bottle has been tasted and approved by a Dom Pérignon oenologist, guaranteeing both its singularity and excellence. It is a supreme beverage, and sometimes we might find it sacrilegious to consume such perfection too early in its life, but this is an appropriate moment to add the 1990 Rosé to the Oenothèque program. It is also the first Rosé to enter the prestigious category.