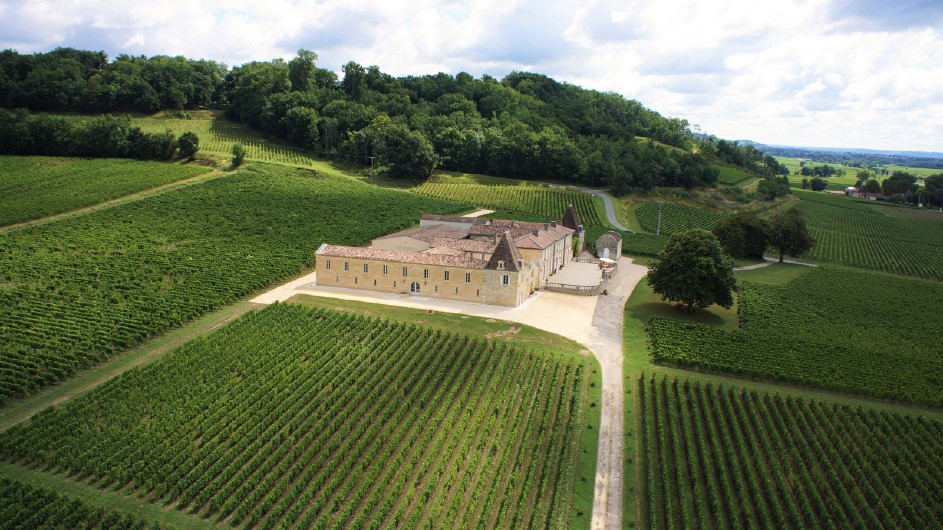 Saint-Émilion is a wine region situated on the Right Bank of the Dordogne river near Bordeaux in the Southwest of France. This region is named after the town of Saint-Émilion, a UNESCO World Heritage site with Romanesque ruins, religious monuments and a maze of medieval streets. The appellation is renowned for its red wines based on the Right Bank version of the Bordeaux blend – heavy on the Merlot, a good dose of Cabernet Franc, a few sprinkles of Cabernet Sauvignon and filled out (sometimes) with tiny touches of Malbec, Petit Verdot and Carménère.

The soil in Saint-Émilion varies, but three types generally dominate: the flats surrounding the plateau containing mostly clay, the slopes leading up to the plateau consisting of sandy soil studded with gravel, and then the plateau itself. This high-elevation, limestone-rich area generally produces the best wines from Saint-Émilion. One area of this plateau, the “Côtes,” is home to most of the famous producers in the entire region. Wines from this area are rich and spicy with a very distinctive minerality. Limestone in the soil soaks up excess water in rainy months and retains this water in dry months, giving the vine roots access to the ideal amount of moisture year round. The fruit grows slowly and evenly as a result. Limestone is also rich in calcium, which winemakers believe gives the wine its greater mineral content.

Located on this famous Côte de Saint-Émilion, Château Lassègue’s wines are crafted by sixth and seventh generation winemakers, Pierre and Nicolas Seillan. Lassègue is created using Pierre Seillan’s “Micro-Cru” philosophy, which allows them to respond to specific soil characteristics across the many parcels (crus) identified on the 18th century estate. Using this method, the Seillans tend to the vineyards, harvest and vinify block by block ensuring all aspects are customized to each cru’s specific needs.

Château Lassègue’s exceptional focus on detail and care extends to its aging regimen, too. The Seillan family selects oak trees from a number of forests in France, including Vosges, Fontainebleau and Ardennes, among many others. Just as a vine’s location changes the characteristics of the grapes, so does the location of trees in a specific area in France. The grain of the wood, porosity, perfume and flavor influence the wine inside the oak barrel. Once the barrels are made at the cooperage and arrive at the Château, each vinified cru is paired with a barrel from a specific forest. The goal is never to overwhelm the wine with oak, but to ensure it is able to age in an environment most suited to highlighting its unique characteristics from the terroir it was born.

The major event affecting the 2017 growing season was the frost that hit the area at the end of April. Most of Lassègue’s vineyards, which lie on the south-facing slopes, benefited from their favorable exposure and were thus largely spared. The vines were able to flourish throughout the dry summer, thanks to the estate’s clay-limestone soils’ capacity to retain water. Harvest started in late September and after a traditional vinification, wines were aged one year in 70% new French oak barrels.

The wine displays a deep ruby color. A basket of red fruits, flowers and spices show off in the nose. The palate displays a fine complexity of ripe red fruit, pepper, mineral and licorice extending in a long, complex finish with refined tannins. This wine is enjoyable now but will evolve over the next 15 years.