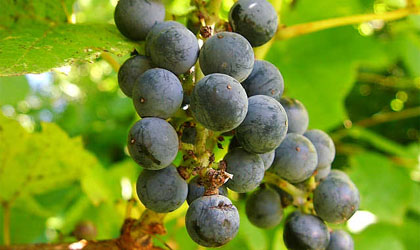 This native American grape varietal (of the genus vitis labrusca) is used in making old-fashioned, “rustic” country-style red wines, often displaying what most people think of as a “grape jelly aroma.” In fact, the Concord is widely used in the production of jellies and jams.