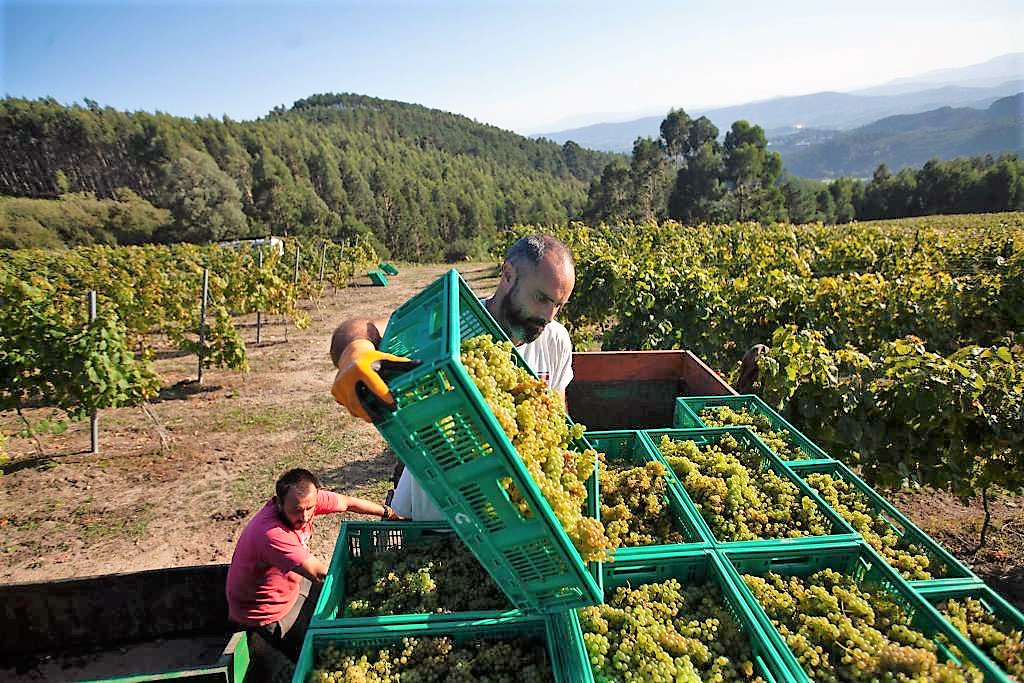 The Basque Country is a historical landscape on both sides of the Pyrenees mountains on French and Spanish territory with a very independent population (around 600,000 in Spain and 90,000 in France) that is very tenacious in its culture. The Basque language (Euskara) is the only non-Indo-European language in Europe (although it has developed quite differently in the two countries). The two appellations Béarn and Irouléguy are located in the French area. In northern Spain, the Basque country is one of the 17 regions (Spanish País Vasco – Basque Euskadi = collection of the Basques) directly on the French border. In former times the Gascony region in southwest France was also part of it but it came to France in the 15th century. The capital is Bilbao, and San Sebastián is another important city in the region.

Txakolina (Chacolí in Spanish) is the name of the wine-growing area in the Basque region of Northern Spain. It consists of three parts: the DO Arabako Txakolina (Chacolí de Alava), classified as recently as 2001, with 180 acres, the DO Getariako Txakolina (Chacolí de Guetaria) with 420 acres, and the DO Bizkaiko Txakolina (Chacolí de Vizcaya) with 470 acres. Until phylloxera, there were still over 2,400 acres of vines here. The vineyards on clay, limestone and chalk soils are tiny and widely scattered. There is abundant rainfall, but also plenty of sun, and the vines are raised on pergolas. Over 80% of the wines are made from Hondarrabi Zuri with small amounts of Petit Manseng, Petit Courbu, Gros Manseng and Folle Blanche (Mune Mahatsa). The red wine is produced from Hondarribi Beltza.

Gorrondonă is grape grower and winemaker Itziar Insausti’s personal mission to show the world that Hondarrabi Zuri, the indigenous grape of Txakoli, can be more than just a lighthearted wine; it can be serious, multifaceted and truly world-class. She has achieved this goal by being a pioneer in the Bizkaiko Txakolina appellation since 1994, where she has invested an incredible amount of time, persistence and monetary sacrifice in the form of lower yields to create something truly distinctive. She farms as organically as each vintage allows, with low intervention in the winery, low sulfur and by always fermenting with indigenous yeasts from her mountainside vineyards overlooking the Bay of Biscay in one of the most gorgeous vineyards in Spain.

The wine has an intense straw yellow color with green hues. The nose reveals aromas of apple, dried herbs, white fruit and a touch of saltiness. The palate is well balanced with juicy acidity and a medium finish.