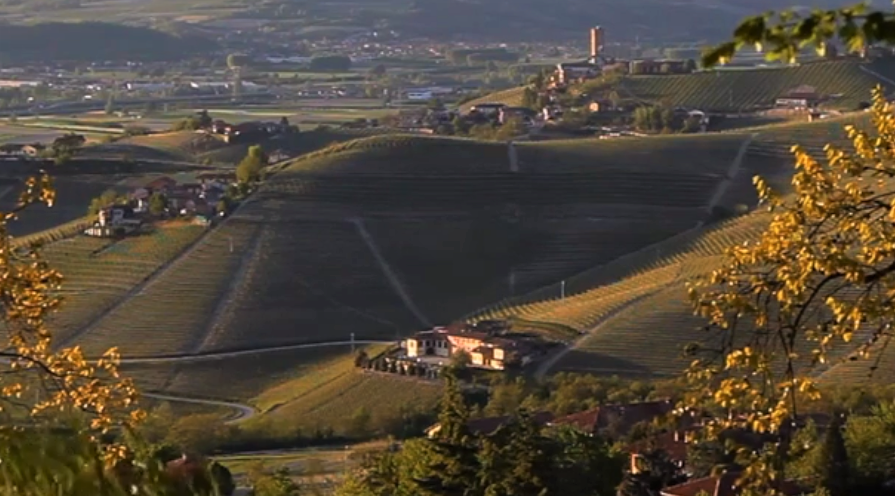 Barbaresco is an Italian wine made in the Piedmont region in northwestern Italy. Historically it was called Nebbiolo di Barbaresco, Nebbiolo being the grape it’s made from, and most of the grapes were sold to its neighbor, Barolo. The widely accepted birthdate of Barbaresco is 1894, when the local cooperative, Cantina Sociale di Barbaresco, was founded and local farmers were inspired to make their own wine.

The wines from Barbaresco are often compared to Barolo, another Nebbiolo-based wine from the Langhe region in Piedmont. Though the wines do share many similarities, there are some distinct differences between them. Barbaresco has a slightly warmer, drier and milder climate than Barolo. This means its grapes tend to ripen earlier than those in Barolo. As a result, the wines are less tannic and more approachable at an earlier age. Barbaresco is characterized by its perfumed aromas and rich, spicy flavors and is considered more elegant and refined than its neighbor, which is a more robust and longer-lived red.

Tenute Marchesi di Grésy has been owned by the di Grésy family since 1797. Before the 1960s the estate operated like a traditional farm, producing livestock, vegetables and fruits, including grapes. At the time, the grapes were sold to the finest wine producers in the area. In the early 1970s, Alberto di Grésy realized the potential of his vineyards and decided that he had to vinify his own grapes. In 1973, he produced his first vintage with the objective of transferring the class and character of the terroir, vineyards and varietal into the bottle, using the best available technology and respect for tradition.

Of exceptional note, the Martinenga vineyard is one of the Langhe’s finest and the largest single-owned “monopole” in the region and has been owned by the di Grésy family since 1797. Martinenga is known for producing some of the finest cru-designated Barbaresco wines. With its southern exposure, blue marl soil and elevations from 820 to 918 feet, the Martinenga vineyard possesses ideal growing conditions and allows Nebbiolo fruit to reach full maturity even in difficult vintages.

After a classic vinification the wine was aged in French barriques for 12 months and Slavonian oak casks for 12 more months. Further ageing in the bottle was done before release.

The wine shows a light ruby color. The nose exhibits wild cherry, spice and dried herbs. The palate displays more cherry evolving in complex notes of dried fruits, tobacco, mocha, licorice and a touch of oak. The mouthfeel is balanced with fine acidity and delicate texture. This wine can be enjoyed now after decanting and can be aged for up to 10 years.