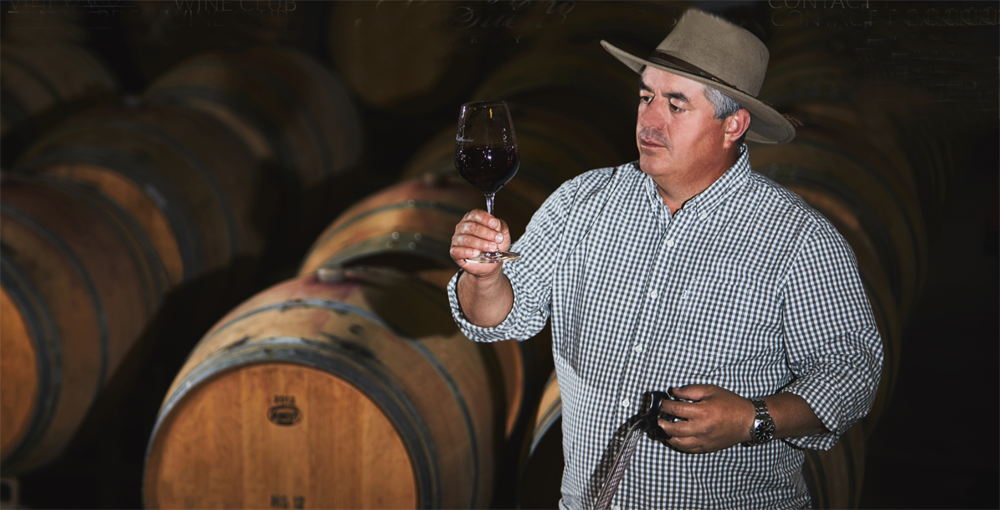 Syrah, also known as Shiraz in Australia, is by far the most widely planted Rhône varietal in California and one of the most noble grapes of the Rhône Valley. Many stories circulate about how the varietal was established there. One legend attributes its arrival in France to the Phocaeans of Asia Minor, who brought the grape from Shiraz, Persia, when they established Marseilles around 600 BC. Another story claims that Romans brought the varietal from Syracuse, in Sicily, to the Rhône in the 3rd century AD. Despite these claims, DNA evidence shows that Syrah is a native French grape, the chance offspring of two grapes, Dureza and Mondeuse. Syrah was well established in the vineyards surrounding the Rhône village of Tain-l’Hermitage by the 13th century. Today, in that same area, famous appellations of Hermitage, Côte-Rôtie, Crozes-Hermitage, Saint-Joseph and Cornas are making world-class wines of phenomenal elegance and longevity.

Syrah is tremendously flexible, and can make elegant and restrained wines as well as wines bursting with fruit and oak, in locations as diverse as France, Australia, Spain, Portugal, Chile, Argentina, California, Italy and South Africa.

The first records of Syrah in the United States show it arriving in California in 1878, but it remained scarce until the 1990s, with only 1,200 tons harvested in 1992. As California winemakers recognized its potential, the acreage increased nearly one hundred fold in 10 years, and 101,500 tons of Syrah were harvested in California in 2002. From there on, its popularity kept growing, and Syrah is now the most widely planted Rhône varietal in California. Although it is occasionally confused with the California varietal Petite Sirah, they are separate varietals. Many experts believe most of what is called Petite Sirah is a cross of the varietals Peloursin and Durif.

Everything that makes up a bottle of Mi Sueño wine finds its origin in one person, a serious winemaker who tends to fly under the radar but may be considered one of Napa’s most respected and hardest working vintners and farmers: Rolando Herrera. His story is the epitome of the American Dream realized. Herrera left his home in El Llano, Mexico, at age 15 to build a life in the Napa Valley. While enrolled in high school, Rolando spent his nights working as a dishwasher at Auberge du Soleil, one of Napa Valley’s high-end resorts. He got his start in the wine industry as a harvest laborer at Stag’s Leap Wine Cellars following graduation, and over the next 10 years he worked his way up to cellar master. Herrera’s passion for wine led him to roles of growing importance at other wineries, including assistant winemaker at Vine Cliff Winery and then director of wine making at Paul Hobbs Consulting. In 1997, Herrera made 200 cases of Chardonnay as a “side project” and Mi Sueňo (Spanish for “my dream”) was born.

The 1999 Los Carneros Chardonnay was served at the White House for an American-Mexican Presidential Dinner, one of the highest recognitions to be given to a winery. Mi Sueño had arrived as an internationally recognized fine winery.

Since 2004, Herrera has dedicated 100% of his time to Mi Sueño Winery. He began making Syrah with the 2000 vintage for his own personal enjoyment and has proven that the varietal can flourish in the Napa Valley.

The 2017 Syrah is sourced from the 4.5-acre Salvador Vineyard in Oak Knoll where the soils are black loam and clay. It spent 20 months in 55% new French oak to soften the tannins, create complexity, and add depth to the wine’s generous body.

A very dense, ruby color unveils in the glass. The nose shows black plums, cassis, spice, a hint of vanilla, espresso and white and black pepper. The palate repeats these aromas, and wraps them in juicy acidity and ripe but present tannins. The wine is Rubenesque but very well balanced.