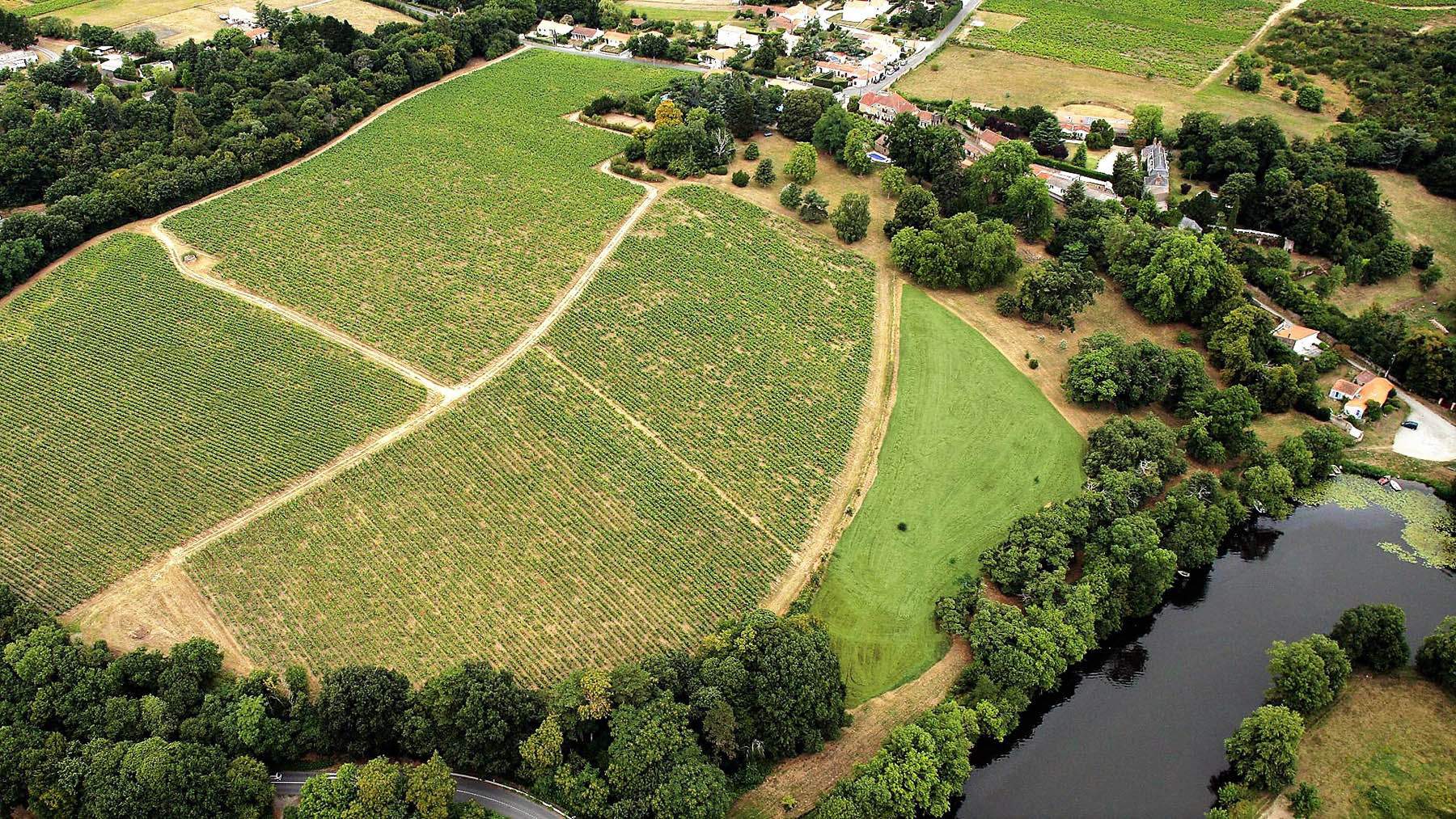 > HISTORICAL FACTS
The appellation Muscadet is located at the end of the Loire Valley in the west of France on the coast to the Atlantic Ocean south of the city of Nantes. The region benefits from the conjuncture of three natural elements: the temperate oceanic climate, the Armorican subsoil formed by metamorphic and eruptive rocks, and the low relief drawn by the Loire and its tributaries. The ancient wine-growing tradition in this region is attested to by a decree of the Roman Emperor Probus (232-282). In the past, red grape varietals were also grown here, but the extreme frost of 1709 put an end to this. The white grape varietal Melon de Bourgogne, which had already been introduced in the 16th century, developed into an almost 100% monoculture. It became particularly popular with the Dutch, who were involved in wine-growing and distilled brandy from the wine and marketed it in northern Europe.

The name Muscadet, finally gave its name to the area, which was already classified in 1937 as one of France’s first appellations. The hilly vineyards cover some 31,000 acres in 54 communes spread across the Loire-Atlantique département. The area is divided into four sub-appellations: Muscadet, Muscadet–Côteaux de la Loire, Muscadet– Côtes de Grand Lieu and Muscadet–Sèvre et Maine.

> THE WINERY
Domaine Chéreau Carré occupies one of the most privileged positions in the Loire-Atlantique département of France in the heart of the Muscadet-Sèvre et Maine appellation, directly at the confluence of the two rivers. The family winery is run by father and daughter team of Bernard and Louise Chéreau. Their family’s origins reach back to the 11th century in the area and the founder of the winery, Bernard Chéreau senior, was the first to sell Muscadet wines that were aged on their lees, a method which became an integral part of the appellation in 1977. Both father and son pioneered bottle-aged Muscadet meant to improve with time in the cellar and they were the first in the region to place an emphasis on this quality.

The vinification method “sur lie” (on their lees) dates back to the beginning of the 20th century. At that time, local tradition dictated that winemakers keep back a barrel of their finest wine to celebrate family occasions. Called a “barrique de noce” (wedding barrel), the wine was kept without racking – i.e. without the removal of sediment, or lees. After fermentation, the wine remained on its lees for 4-5 months. During this time, the death yeast cells underwent a process called autolysis, which, winegrowers noticed, gave the wine a full, rounded character. Today, two thirds of all Muscadet wines are vinified “sur lie” (on their lees).

All the Melon de Bourgogne grapes are picked by hand. After fermentation with selected indigenous yeasts in temperature-controlled stainless steel tanks, the wine is aged for six months sur lie in underground concrete vats with regular bâtonnage (stirring of the lees), followed by 12 months aging in the bottle before release.

The wine has a pale yellow color with green hues. The bouquet offers citrus, orchard fruit, lots of apple and wet rock-like notes. A palate of apple and citrus are highlighted by juicy acidity and a soft and enticing finish.