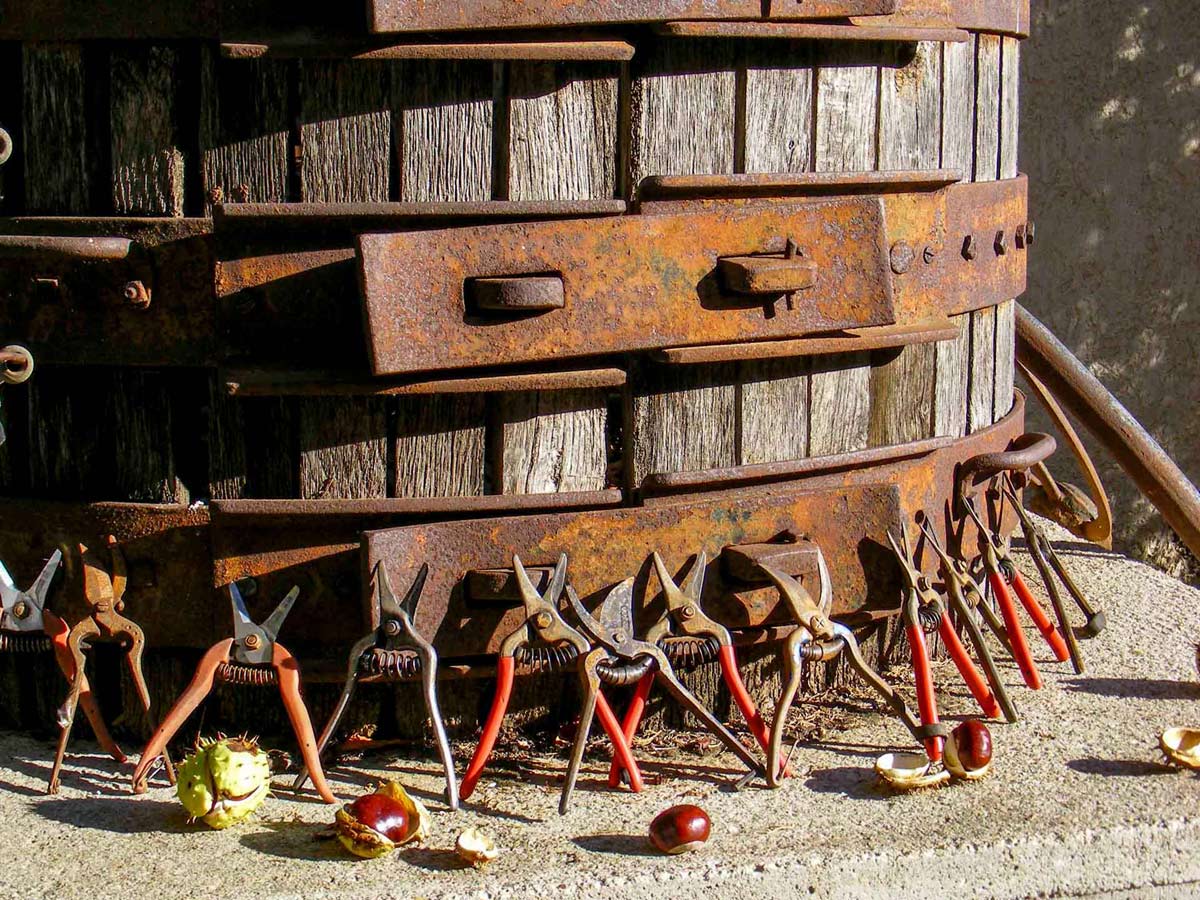 > FACTS
The appellation Muscat de Frontignan is located in the southeast of the French wine-growing region Languedoc on the Mediterranean coast. To the east is the AOC Muscat de Mireval and a little further northeast is the AOC Muscat de Lunel (both with similar wines). This sweet white wine was the first of the four Vin Doux Naturel (VDN) to be classified as AOC in 1936. The vineyards cover around 1,920 acres of vines on clay soils with high iron oxide content and a reddish color, interspersed with limestone. They cover the communes of Frontignan and Vic-la-Gardiole in the department of Hérault.

This is one of the oldest wine-growing regions in France. Pliny the Younger (61-113; lawyer, author, and magistrate of Ancient Rome) emphasized the “bee wine” in his letters, which are important in cultural history. From the 17th to the 18th century, the wine was very popular in Paris and London. The English philosopher John Locke (1632-1704) praised the “Frontiniac” in 1676. At that time it was compared with the sweet wine Constantia (South Africa). Other enthusiasts were Voltaire (1694-1778) and the later U.S. president Thomas Jefferson (1743-1826). The locals like to tell the story of the visit of the Marquis de Lur-Saluces to Frontignan in 1700, where he was said to have been inspired by the pleasure of the local wine to produce sweet wine at his Château d’Yquem.

Muscat de Frontignan is considered the best of the four VDN appellations in the Languedoc – the fourth one is Muscat de Saint-Jean de Minervois. In all of them, only the grape varietal Muscat Blanc (also called Muscat de Frontignan here, just like the wine) may be used. Similar to Port, these wines are fortified with a neutral grape spirit to stop the fermentation, before all sugars have been converted into alcohol. The wine must have a minimum residual sugar content of 125 g/l and 15% alcohol by volume.

> THE WINERY
It was in 1854 that the Savoyard ancestor Hippolyte Chavasse moved to Sète to establish his vermouth factory. In a few years, he made a fortune and invested by buying 450 acres between Frontignan and Sète to establish his family and supply wines for his vermouth factory. The estate was passed down through the family from generation to generation but Muscats were no longer vinified in Stony until 1983.

The wine shows a golden yellow color. The concentrated nose reveals dried apricots, intense Muscat aromas and a hint of oranges. The palate flashes tropical fruit, Muscat flavors and honey. The wine is very fruity and has juicy acidity which keeps the sugars balanced.