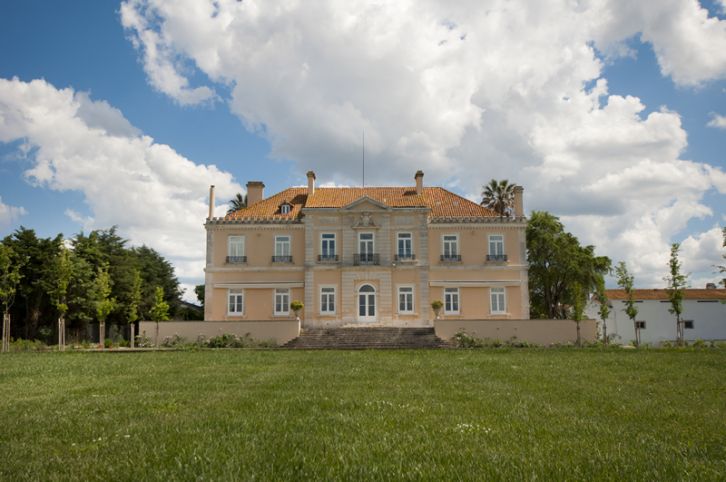 Tejo is a wine region in central Portugal that covers the same area as the Ribatejo province, just inland from the major city of Lisbon. The wine appellation’s name was changed from Ribatejo in 2009. The entire region may use the Tejo VR (Vinho Regional) designation, similar to the French IGP/Vin de Pays, while some areas produce wines labeled with the higher-level Do Tejo DOC (Denominação de Origem Controlada).

A warm, dry area, it is also Portugal’s only landlocked region – although it is influenced considerably by the Tejo river. As is the case in neighboring Alentejo, Tejo’s top wines are mostly red. Like many parts of Portugal, Tejo’s vine growers are looking to the future, planting international varieties like Syrah and Cabernet Sauvignon alongside traditional varietals like Touriga Nacional, Castelao and Trincadeira. The wines are often blends of both types. The area’s wine regions straddle the Tejo river, the longest on the Iberian Peninsula. Fertile alluvial soils have long supplied bumper yields of fruit and vegetables for the local population, and wine also benefits from the river’s riches – not just in Portugal but in central Spain, too.

Quinta da Alorna was founded in 1723 by Pedro de Almeida, First Marquis of Alorna. The estate covers about 6,000 acres, mostly eucalyptus and cork oak trees, 500 acres of vineyards and some other agricultural crops. The land is managed based on the principles of sustainability, social responsibility and conservation of the natural environment.

As an aside, the institute also voted to allow three new white wine varietals for the AOC Entre-deux-Mers and AOC Bordeaux Blanc: Alvarinho – abundant in Galicia, Spain, Liliorila – a cross of Baroque and Chardonnay, Petit Manseng – planted in the Jurançon region of France.

The harvest and vinification is done by keeping the different vineyard parcels separated. The grapes are first cold soaked for two days before the fermentation is started. The wine goes through full malo-lactic fermentation and is aged for 12 months in French barrels. The different lots are then filtered, blended and bottled.

The wine has a deep garnet color with aromas of intense violet, blackcurrant, spices and a hint of oak. Ripe, red fruit returns on the palate accompanied by soft tannins and good acidity with a long, persistent finish.